Body donors could help as many as 60 people 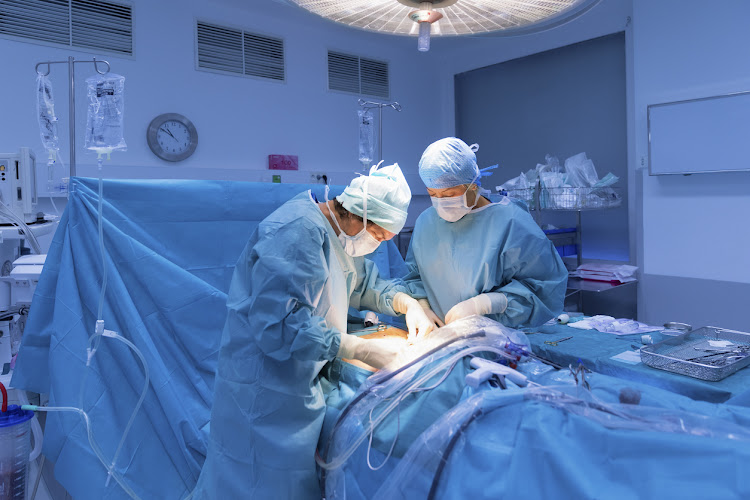 Just hours after her 17-year-old son collapsed following a ruptured aneurysm‚ Durban mother Janine Magree “shocked” doctors when she asked if he was brainstem dead so that a decision on organ donation could be made.

“The doctors were shocked I’d raised the subject‚ and when I asked why‚ they answered that they were reluctant to address organ donation‚ as many families were against the idea. It stands to reason Bryn’s being a young boy probably made it doubly contentious‚” she said.

Magree explained to doctors that if her son were to die without his organs having been procured for transplant‚ it would be a “terrible waste”.

She said that a few months earlier‚ during a family discussion on organ donation‚ he had asked: “What am I going to do with my organs when I’m dead?”

"Somebody else can see the world through her eyes due to my mom's cornea organ donation‚ and what a lovely view of the world it is."
Lifestyle
4 years ago

After the necessary testing‚ the arrangements for donation were made.

In dealing with the devastating loss‚ the family have taken solace that his donation spared other families from heartache. This brings into focus the benefits of a controversial new call for doctors to be compelled to refer every death to be evaluated for organ retrieval or face disciplinary action.

“It hurt like hell and it still does‚ but we have the consolation of knowing his fit young body was used to help others. What I did not know‚ at the time‚ was that by agreeing to donate not only organs‚ but tissue‚ bone and corneas‚ Bryn was helping as many as 60 people.”

Magree supports‚ in theory‚ the call for doctors to be compelled to refer every death for evaluation for organ retrieval.

“The poor doctors would have a heck of a dilemma on their hands deciding at what point they should be calling the coordinators. Who decides that and on what basis?”

The two who have extensively researched organ donation in SA want the Department of Health to follow Spain‚ Pennsylvania in the United States and the United Kingdom‚ to implement a referral process.

It’s a call supported by the Organ Donor Foundation who say the number of transplants was not growing despite a “huge increase” in registered donors.

“Support from government in the line of financial and human resources to do increased organ referral awareness to medical professionals could have an immediate and last lasting effect‚” said the foundation's Samantha Nicholls.

But doctors do not want to be forced to contact transplant coordinators.

South African Medical Association chairperson Dr Mzukisi Grootboom said if there was a general acceptance of organ donation‚ there would be no need to force doctors.

“Before we compel we have to sensitise the doctor on what are the requirements in the institution and according to the law in the country.

“The current problem is that the South African population have not bought into the idea that organ donation should be one of the considerations made during end of life discussions. There is no general acceptance that people should do. What you need to do before you force people is to educate‚” he said.

He said the recommendation was “jumping the gun” as there was no coordination or publicity of transplant facilities.

There are currently only 20 transplant coordinators to cover the entire country.

Wits Donald Medical Centre's transplant coordinator Kim Crymble said organ donation was not embraced as a “usual” practice in medicine in Johannesburg‚ where she covers all hospitals. She said many people didn't realise that beyond the sadness and tragedy of a life lost‚ there was hope and a legacy of life for many others.

Crymble said while many health professionals were not open to organ donation‚ her research published in the South African Medical Journal last month found that South African nurses would support and follow a mandatory referral policy.

Heart transplant recipient Shalendra Sing said mandatory referrals would give hope to those waiting for an organ.

“I used to have terrible days waiting for the heart. At times I would call the transplant co-ordinator just to say hi and to make sure they have not forgotten about me.”

“I donated the valves from my old heart so that someone else could also receive this wonderful gift of life‚ the gift that my donor's family gave to me.”

1‚349 - number of patients waiting for a solid organ transplant

10 - the number of donors that consented; and