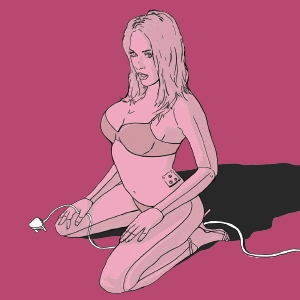 The lexicon of sexual orientations has already given us "demisexuality", "pansexuality" and "bicurious". But according to experts, we will soon see the rise of "digisexuals" - people whose sexual appetites are predominantly satisfied by machines or the virtual world.

Already, robotic sex dolls that move and talk and are "warm to the touch" are being sold for in excess of R270,000, with companies vying to create the most realistic companion.

Pornography channels also now offer 3D content that can be accessed using headsets, while online role-playing games such as 3DXChat allow people to interact sexually with each other using only avatars.

In a new report published in the Journal of Sexual and Relationship Therapy, ethics researchers from the University of Manitoba argue that psychotherapists need to be prepared for a rise in "clients participating in digisexualities".

"The era of immersive virtual sex has arrived," said Associate Professor Neil McArthur, director of the Centre for Professional and Applied Ethics. "As these technologies advance, their adoption will grow and many people will come to identify themselves as 'digisexuals' - people whose primary sexual identity comes through the use of technology.

"Many people will find that their experiences with this technology become integral to their sexual identity and some will prefer them to direct sexual interactions with humans.

"People will form an intense connection with their robot companions. These robots will be tailor-made to meet people's desires and will do things that human partners cannot or will not do. For this reason, significant numbers of people will likely come to use robots as their primary mode of sexual experience."

Although in their infancy, today's sex robots are already programmed with artificial intelligence, and equipped with all-over sensors that respond to touch. They can even be customised to look like an ex, if required.

Chinese artificial intelligence engineer Zheng Jiajia, 31, married a robot he built for himself, after failing to find a human wife

In April, Chinese artificial intelligence engineer Zheng Jiajia, 31, married a robot he built for himself, after failing to find a human wife.

But a recent survey by the UK charity Nesta found that the vast majority of people are still unsure about robots. Only 17% of respondents would be prepared to go on a date with one; that number increased to 26% for a robot that looked exactly like a human.

Noel Sharkey, emeritus professor of artificial intelligence and robotics at the University of Sheffield and founder of the Foundation for Responsible Robotics, said: "At present, use of sex robots and dolls can be considered to be a type of paraphilia - atypical sexual practice - which includes atypical objects, fetishes and voyeurism.

"These can be either normal variants of sexual interest, or disorder interest if they cause distress or impairment of the individual. It is difficult to know if digisexual practices will remain a paraphilia or whether larger numbers will cause our societal norms to shift to accommodate them."

The authors of the Canadian report warn that digisexuality could harm relationships, possibly causing divorce, and bringing feelings of shame and guilt, as well as leaving users in debt.

However, they conclude that the overall impact will be positive, allowing people to enjoy more pleasure and have new experiences, particularly those who struggle to find human partners or who have suffered sex trauma in the past.

Cliched as it may be, the future is here; we can and should talk about it. Within decades we've become reliant on technology and robots are ...
Lifestyle
4 years ago