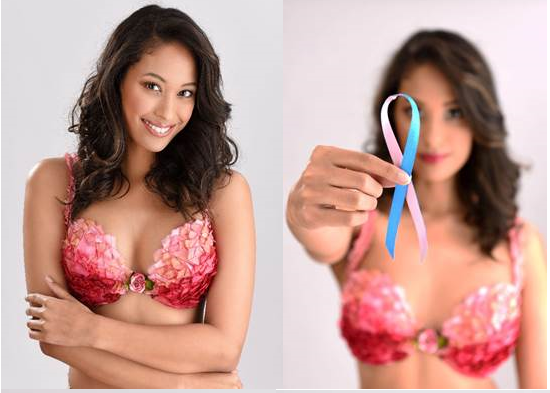 This bra, made entirely of used Rooibos teabags, will be auctioned to raise funds and awareness of breast cancer.
Image: Supplied

To mark the start of National Breast Cancer Awareness Month, a bra has been created with used Rooibos teabags.

The bra, brainchild of the SA Rooibos Council (Sarc), the Cancer Association of SA (Cansa) and lingerie retailer Storm in A-G Cup, will be auctioned at a fundraising dinner in support of Cansa women’s education programmes.

The spokesperson for the SA Rooibos Council, Adele du Toit, said the bra was made using dried and used Rooibos teabags from the public.

“Rooibos tea was specifically chosen as it contains powerful antioxidants that help fight inflammation — a leading cause of cancer,” she said.

Du Toit said the natural stains on the teabags created the depth in the colour they were aiming for while creating “awareness of Rooibos’s cancer-fighting properties”. 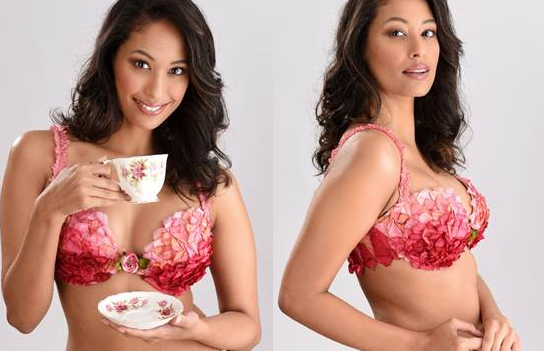 Just your cup of tea? The 'Rooibos bra' was designed to raise awareness of breast cancer among women.
Image: photo: Supplied

Owner of Storm in A-G Cup Isla Lovell said they were immediately drawn to the idea as they often use Rooibos tea to dye undergarments.

“We have always flown the flag high for breast cancer survivors — our extensive mastectomy bra range is a testament to this.

“We were surprised at how versatile a product Rooibos is — we experimented with the leaves, teabags and even made beads from the packaging. Pretty much all the detail, including the delicate rose, have been fashioned from Rooibos teabags,” said Lovell.

Cansa spokesperson Lucy Balona said she hoped the interest in the bra would support the call for regular breast screenings and examinations.

“Detecting breast cancer early means a much higher survival rate. Regular screenings and mammograms are critical — we need to have fewer women affected by cancer and having to face that journey,” said Balona.

Balona said the bra was “a true work of art”.

“Not only is it exquisite, but all the proceeds raised will help to save more lives through education and early detection.”

August is Women’s Month and the Cancer Association of SA (Cansa), in association with Safcoin, the local cryptocurrency, has launched the first ...
Business Times
2 years ago

Johannesburg doctor Lerato Masemola is getting into shape to go bare.Wearing nothing but a pair of red stilettos, the mother of two first posed naked ...
Lifestyle
2 years ago

A Johannesburg woman who always wanted fuller breasts had silicone implants when she was 25 to give her the 34C bust she desired. Fifteen years ...
Lifestyle
2 years ago