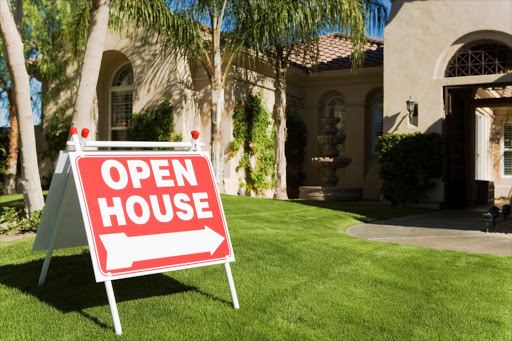 South Africa's economy may be many months into an economic downturn but the country's residential property market is showing surprising signs of buoyancy in particular segments.

Estate homes behind booms and new apartment developments, catering to high demand from young professionals, are energising suburbs in Gauteng and KwaZulu-Natal.

Although key economic sectors are taking a pounding, Golding said of the country's population of 54-million, a significant proportion of those who lived outside of major metropolitan areas 20 years ago have urbanised, with Gauteng and the Western Cape particularly increasing their populations.

These domestic migrants in search of employment have led to the populations of major cities like Johannesburg and Cape Town swelling with young people, who seek the higher incomes and job creation in urban zones.

Growing affluence – regardless of the attrition in some parts of the economy – means homes under a typically affordable value have become scarce and enjoyed price increases above inflation.

In KwaZulu-Natal, house prices have been growing at an average of 7.2% in the year to date, with the best price growth being returned by the fast-growing node north of Durban, such as in Umhlanga, Ballito and further north.

In the country's economic powerhouse of Gauteng, the property group's research showed average house price growth of 5.3%, just below the national average, which Golding said was due to several mining towns – whose fortunes have taken a hit with the commodity price slump – being included in the statistics.

In these towns house price growth of 3.4% on average has dragged back Gauteng's numbers, while in Johannesburg itself growth has been above inflation at 6.5% and even better in Pretoria at 7.5%.

According to Golding, within the Joburg metro area, growth nodes like central Sandton, Rosebank, Midrand and Fourways – and even a rejuvenating Braamfontein – are seeing rapid transformation.

"New residential apartment developments in and around central Sandton are currently selling for approximately R35,000 to R60,000 per square metre, while Pam Golding Properties is marketing a penthouse at the Michelangelo Towers in Sandown for R48.9-million, or R85,500 per square metre."

Fourways and Menlyn have been tagged as the new "mini-Sandtons", he said, while Midrand has doubled its number of residential properties since 2000, according to research by property analytics company Lightstone.

Sectional title homes continue to be sought after, with the number of people per household in South Africa decreasing in the last five years. Densification and higher demand for smaller living units have seen developers tilt their activity towards sectional title units.

Another housing trend is revealed by the statistics: half of all estate homes behind traffic booms are in Gauteng.

"Its large services sector is at least partly insulated from the slowdown in China's commodity heavy economy. Furthermore, the steady in-migration from other provinces and the limited number of new housing units completed means that all the important metrics for the housing market remain supportive."

While South Africa's house price inflation averages 5.8%, Golding said, homes in the Western Cape have averaged 10.1% in the year to May, with the affluent Atlantic Seaboard – attracting buyers who are wealthy enough to be immune to economic downturns – has seen growth of 25% for the last year.

Anything below R6-million in the Cape Town metro region could see competing offers from potential buyers, with a trend of owners in the southern suburbs selling to shift over to the Atlantic Seaboard and suburbs like Noordhoek.

According to Golding, the rental market in the Western Cape is also flying, with tenants willing to pay as much as R150,000 per month for luxury homes, while a two-bedroom apartment close to the V&A Waterfront can ask rentals of R45,000 a month.

Looking ahead, Golding said the housing market should remain resilient, with a number of regional and suburban housing markets likely to maintain above-inflation price growth. This is partly because a shortage of available homes and pent-up demand have been created by a slowdown of development activity by both the government and private sector.