Experimental treatment to save trees not proven 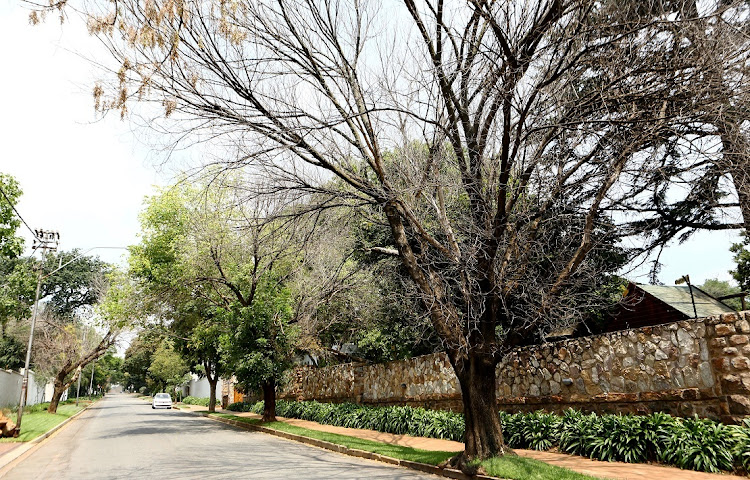 An elder tree killed by the polyphagous shot hole borer beetle. It is one of five dead trees in a single street in Johannesburg.
Image: Masi Losi/Sunday Times

No treatment has been proven to save trees infested by the polyphagous shot hole borer (PSHB) beetle, says the scientist who spearheads research on the invasive species which is killing thousands of trees in eight provinces.

Prof Wilhelm de Beer dismissed reports that there is “finally a solution” to get rid of the PSHB, warning that scientific evidence did not yet back up the claims that the latest fungicidal remedy works.

“Claims like this are really dangerous,” De Beer told TimesLIVE on Tuesday.

“My main concern is that the 'results' put out are experimental and I’m concerned about the scientific merit of them.

“We want to do rigorous, independent scientific trials on all the products available on the market and have put in a proposal to City Parks Johannesburg to do this,” said De Beer, who leads the PSHB network, combining the expertise of some 17 academics from seven universities.

There are about half a dozen fungicides and pesticides they would like to test. “What works in petri dishes in the lab can be different on a big tree,” he said.

The active compound of the latest remedy stimulates the defences of plants, De Beer said.

Pan African Farms, which developed the PSHB fungicidal that shows promise, has been flooded with calls recently from people who are desperate to save their trees, said CEO Piet Meyer.

Meyer said he has seen the results of their environmentally friendly product, which was approved in June.

“We counted about 3,000 beetles trying to escape a half-metre branch after we used it, and they died within minutes when we poisoned them. The number coming out of the trunk was scary,” he said. 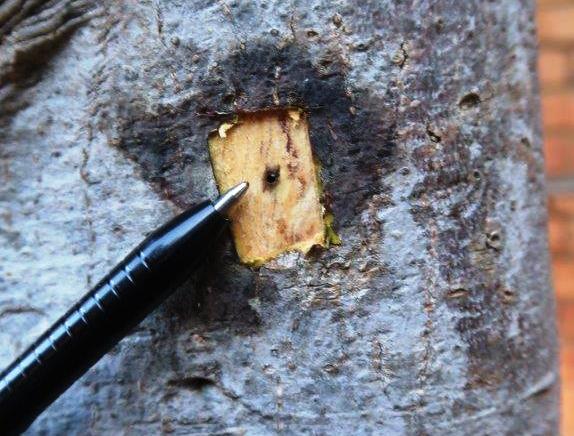 A hole made by a shot hole borer in a tree in Somerset West.
Image: City of Cape Town

Meyer said the Pan African Farms product killed the fungus which provides food to the beetles inside the tunnels they bore. This damage destroys the trees’ vascular system.

Arborists, like Mike Vivier, who is testing the treatment, had given positive feedback about the non-toxic product, said Meyer.

Isabel Thompson, chairperson of the tree committee for the Parktown Residents' Association, said the latest remedy looked promising, but had a limited place.

“It is not a silver bullet that will save our forest, but it definitely has a place if you have a beloved feature tree you want to save,” she said.

It is not a silver bullet that will save our forest, but it definitely has a place if you have a beloved feature tree you want to save

“Each treatment costs a few thousand rand. You need to keep spraying and we still don’t know the unintended consequences for the trees,” she said.

“On our first walkabout in October, we found two [beetle-infested] trees, and since April hundreds of trees are oozing. These are mainly London planes in the leafy suburbs.”

Cape Town is ramping up its defence against the beetle after it was found in Somerset West, only 45km from the city, and has urged residents to be on the alert for it.  English oaks are among the most vulnerable trees to infestation.

"South Africa has the largest geographical outbreak of this beetle in the world," the PSHB network says. It is harming trees in the urban, agricultural and commercial sectors, and in natural forests.

Cape Town braces itself for the spread of tree-killing PSHB beetles.
News
1 year ago
Next Article