When an artist buys and renovates her childhood home, the result is a special and joyful place to live 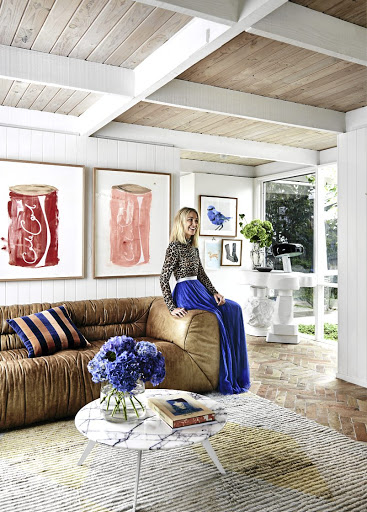 Prudence Oliveri has played with contrasts throughout her home, for example, the vintage leather sofa and contemporary marble coffee table in the living room.
Image: Lisa Cohen

When Australian abstract artist Prudence Oliveri — known professionally as Prudence Caroline — and her husband, Damian, the founder of Oliveri Design and Construction, were searching for their next home and renovation project four years ago, they never expected to purchase Prudence's childhood home. But, in what can only be described as a twist of fate, that's exactly what happened.

Located in Torquay's seaside suburb of Jan Juc on Victoria's Surf Coast, the four-bedroom, two-bathroom home was built by Prudence's parents in the late '80s and is where she lived when she was just three years old.

Three decades later, the property was put up for sale while the couple was house hunting and it became home once again for Prudence and her young family.

As the residence hadn't been touched since it was built, the pair undertook major renovations before moving in, transforming the dining and kitchen into one large kitchen; repainting the interior; replacing carpet with floorboards; fitting wardrobes, en suite and heating; and outside, building retaining walls and flattening the once-sloping land. 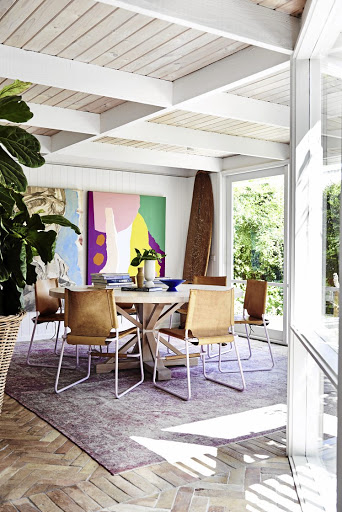 A wooden surfboard and colourful artworks add a hint of relaxed fun to the dining room.
Image: Lisa Cohen 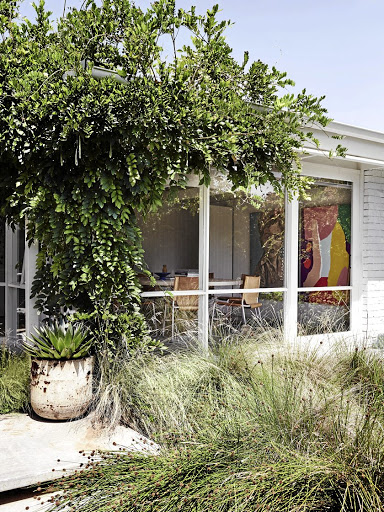 Grasses and creepers frame a picture window of the house.
Image: Lisa Cohen 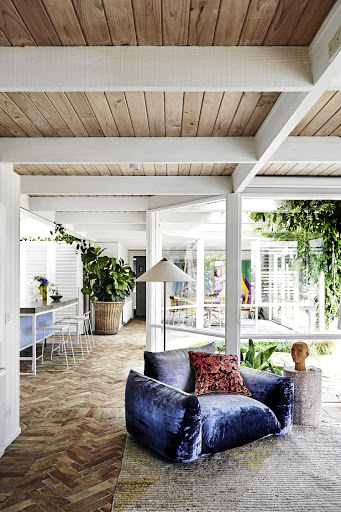 A mix of textures, patterns and pops of colour create an interesting vibe.
Image: Lisa Cohen 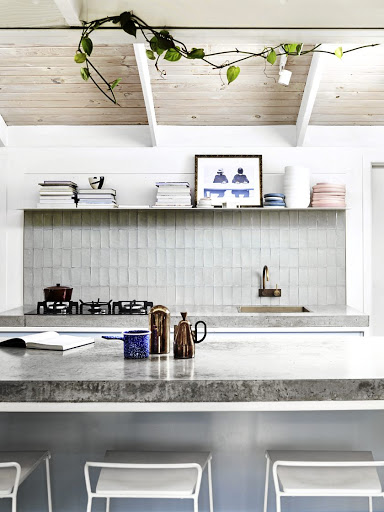 Baby blue cabinets topped with concrete tops made by Damian Oliveri make the heart of the home a show-stopping one.
Image: Lisa Cohen

The house, which Prudence describes as 'mid-century modern inspired", is framed with floor-to-ceiling windows and the interior is as refined and contemporary as it is joyful - a description that also works for Prudence's paintings. The home is brought to life with a collection of art, a mix of her own works and pieces she and Damian have collected.

While the interior is impressive, it's outside in the lush garden where the Oliveris enjoy spending time as a family with their children, Lulu and Teddy.

"The kids love exploring the garden, feeding the fish in the pond and picking herbs from the vegetable patch," says Prudence. "We have a lot of picnic lunches on the grass. Lulu loves the swing and Teddy plays with cars on the steps while Damian and I tend to the garden."

Probably just how things were 30 years ago when Prudence lived there as a toddler. 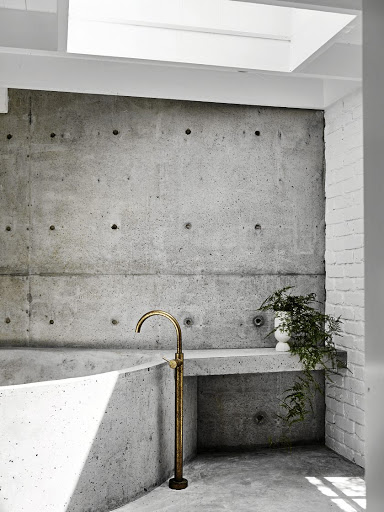 A concrete wet room - floors, walls, bath and side table - by Damian Oliveri was added to the original bathroom and is one of the couple's favourite rooms.
Image: Lisa Cohen 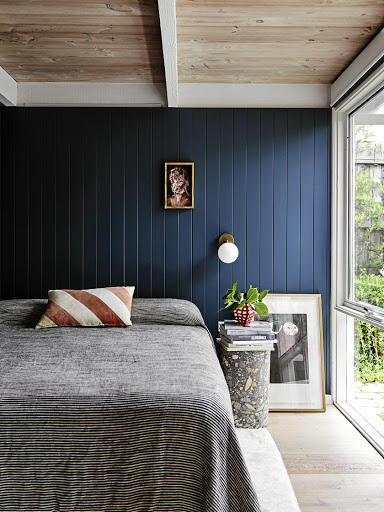 This bedroom wall gets a fresh and modern look with blue panelling.
Image: Lisa Cohen 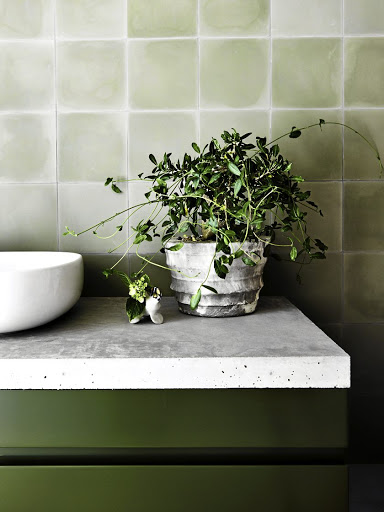 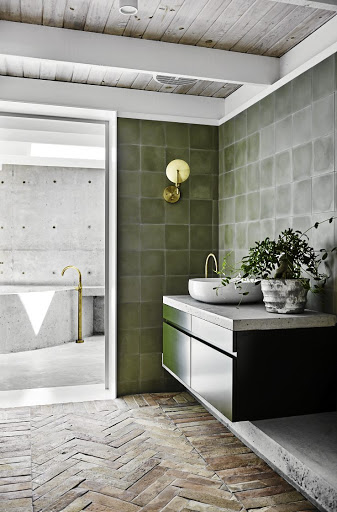 Olive green tiles and cabinetry were teamed with aged brass tapware and a concrete benchtop to give the original bathroom a modern makeover.
Image: Lisa Cohen

HOW INTRODUCE COLOUR TO YOUR HOME:

IN PICS | Don't shy away from making a splash: Eight colourful bathroom designs

Colour is back in vogue for bathrooms and in a variety of ways too. Here's all the inspiration you need to create a cool and contemporary space
Lifestyle
2 months ago

With an aptitude for poetic styling and a keen eye for collectibles, Bernie Diedericks' home in Villiersdorp is rich in expression
Lifestyle
1 month ago