Government workers among claimants from fund, she says 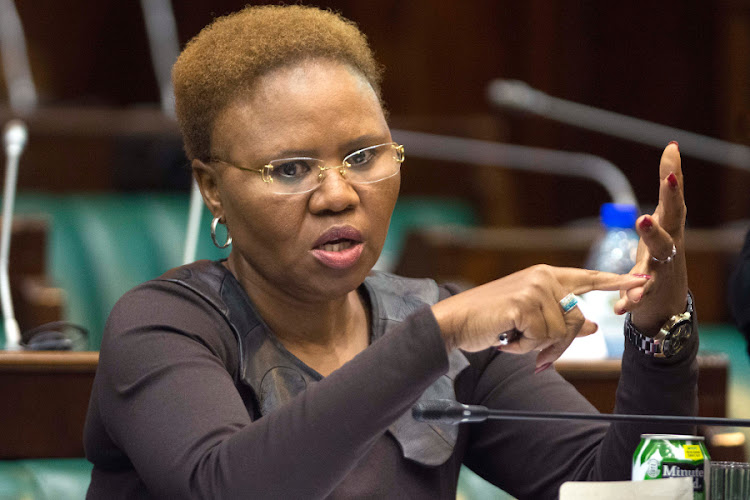 Lindiwe Zulu’s department was criticised for failing to deliver on the promise made by President Cyril Ramaphosa at the beginning of the lockdown.
Image: TREVOR SAMSON

Government employees and social grant recipients made up some of the 7.4-million applications for the R350 Covid-19 relief grant — clogging the system and causing payment delays to deserving applicants.

This is according to social development minister Lindiwe Zulu in an interview with the Sunday Times. She said government employees who tried to fraudulently benefit should be charged.

Zulu’s department was criticised for failing to deliver on the promise made by President Cyril Ramaphosa at the beginning of the lockdown. She said she was having “sleepless nights” about the social security agency’s ability to pay everyone by October.

“I am worried about if we will have paid all the people we need to pay by October, but we are working hard towards that. I am worried about it. I don’t want to tell you something different, but my worry is propelling me to say to [the agency], I cannot sleep until I feel the comfort that the people who applied and have been approved have got their money starting from May,” she said.

A two-month splurge of living large, buying cars and gifts, came to an end yesterday when the Hawks arrested five people in connection with the theft ...
News
9 months ago

About 3-million people have received the grant out of the 3.5-million that were approved. That amounted to R5bn. The department is reviewing millions of applications that were rejected.

Zulu said some were rejected because their names appeared on the UIF system even though they were no longer employed. These applications will be reviewed and considered for payments .

“No matter how many times we listed the criteria for applications, we found people who are already receiving social grants in their thousands, and even a few people who work for government. I am actually thinking that if you work for government and you dare apply you must be charged,” she said.

With Covid-19 infections reaching 10,000 a day, the presidency gave the Sunday Times an update on the government’s R500bn relief fund. It said the department of social development and the Solidarity Fund had distributed 788,283 food parcels to about 3.1-million people.

The fund paid R20m to the department for such relief.

Zulu said there would be talks to raise more money. “Now they themselves have seen the scale of the disaster.”

She said her department would ask how the fund distributes the money, “so that we either increase the food parcels that we normally give, working together with the NPOs [nonprofit organisations] or on food voucher systems”.

A spokesperson for the presidency, Khusela Diko, said 27,467 hospital beds have been reserved for Covid-19 patients. The country had also exceeded its target of screening 15-million people.

About 20-million were screened by the end of June, with about 400,000 referred for testing. The presidency said that only R10bn of the government’s R200bn loan guarantees had been taken up by companies. Development funding institutions have joined the economic relief effort.

Zulu said reviving the economy was important so the government could fund social relief to poor people.

“You have people who have to be given money from May to October. On the other hand, you have an economy that is not doing so well and people who are losing their jobs, so we have started the conversation on what we can do post-October.

But when all is said and done, it comes down to the availability of the budget, which is in bad shape because of the economy.”

Zulu said there were plans to open early childhood development centres. Her department is awaiting approval on are opening framework and was considering July 26 as a “tentative” date to open.

"We cannot ignore it as the department because we feel that the relief we will be providing to guardians [with] social grants is not going to be adequate, especially because the grants have been increased only for a period of six months.”

The ongoing lockdown, now under risk adjusted alert level three, has brought to the ‘public eye’ the gravity of urban food insecurity ravaging ...
Ideas
10 months ago

Finance minister Tito Mboweni has made R145bn available to fund the government’s Covid-19 efforts.
Politics
9 months ago
Next Article