'I can take on anyone and anything': Patricia de Lille puts job on the line 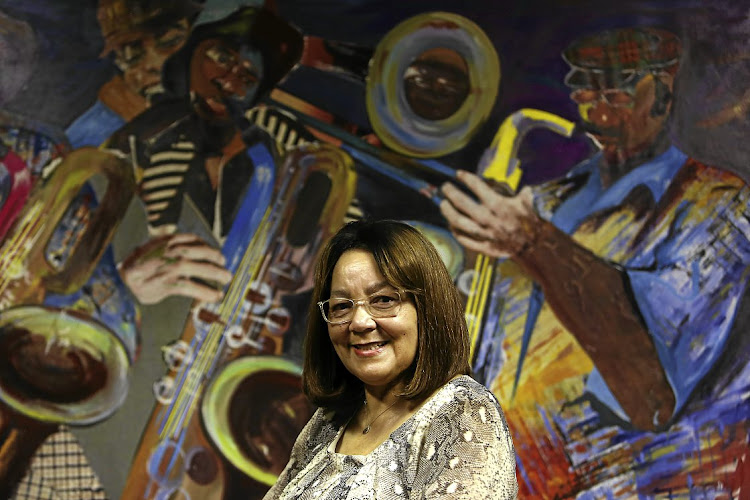 The minister of public works, Patricia de Lille, is embroiled in a battle with her suspended director-general, Sam Vukela, and wants her day in court.
Image: Alon Skuy

Embattled public works minister Patricia de Lille says she will clean up the department even if it means losing her job.

In an interview with the Sunday Times this week, a fuming De Lille said the possibility of losing her cabinet post would not stop her from removing elements within the controversial department. She is in the midst of a battle with the department's suspended director-general, Sam Vukela.

There is speculation that President Cyril Ramaphosa plans a cabinet reshuffle. The Vukela issue is said to have created mistrust between Ramaphosa and De Lille, and some opposition parties have called for her firing.

Vukela is challenging De Lille's decision to institute disciplinary proceedings against him following a damning investigative report over the irregular spending of millions on funerals of struggle luminaries.

Vukela says De Lille gave him several illegal instructions. These related to appointing providers for a digital register of government properties and of a media services company.

De Lille said it was part of a "fightback" by corrupt "factions" in the department, and she would defend herself against Vukela's claims in court.

"I want my day in court." She said she was not worried about losing her job over her fight with Vukela. "I didn't ask for a job. I was asked to serve my country," she said.

"I fear no-one. I can take on anyone and anything. I want to be held accountable by the people. The more people take me to account, the harder I will work to take action against the corrupt."

Last week Ramaphosa stripped De Lille of powers he had delegated to her to discipline Vukela, transferring that authority to minister in the presidency Jackson Mthembu.

This was interpreted as the president's vote of no confidence in the former mayor of Cape Town.

But De Lille said this was nothing but a storm in a teacup. She said she had been removed from the process in an attempt to be fair to Vukela after he claimed there would be a predetermined outcome against him under De Lille.

"I discussed with the president and we agreed that it's good to have another minister to have oversight over the process, then he [Vukela] can't claim that I had a predetermined agenda, and I've got no problem with that."

De Lille said she was facing a pushback from corrupt factions in the department who remained loyal to some of the previous ministers. The factions included some of the senior managers who were occupying positions for which they did not qualify after she introduced consequence and contract management measures.

"At least 11 of them [senior managers] have been appointed without qualification. That's the case before the labour court. So there is that faction, and I know exactly who's who but I treat them all like professionals. I don't want to get sucked into the factions," she said.

"There's a fightback because people have now lost their little cash bank, but even that I can tolerate because I work on issues. If there's a specific issue I will contact that DDG [deputy director-general] or that one, not to get embroiled in factions," she said, adding that "it's an understatement" to describe her department as a mess.

It emerged this week that the former public works DDG for real estate management, Dhaya Govender, had laid a complaint against De Lille with public protector Busisiwe Mkhwebane.

Vukela's lawyer, Faheem Kaka, said they had dropped the urgent court application to interdict the disciplinary action against his client because the president had stripped De Lille of powers to discipline Vukela.

"That disposes of the matter. If De Lille has no power to proceed with the DC, the DC does not matter anymore... it renders the application academic now, it can't proceed. The purpose of the application was to stop the DC... therefore there was no point proceeding to court. That is the reason for it not proceeding, not because Vukela had second thoughts of whatever," said Kaka.

Public works minister Patricia de Lille has pledged to allow MPs to study her personal bank accounts to prove she is not corrupt and did not benefit ...
Politics
8 months ago

De Lille accused of meddling in appointment of service providers

Public works minister Patricia de Lille stands accused of meddling in her department's tender processes, amid claims that she dictated to her ...
News
9 months ago

The saga in the public works and infrastructure department continues, with minister Patricia de Lille on Tuesday suspending her director-general, ...
Politics
9 months ago
Next Article