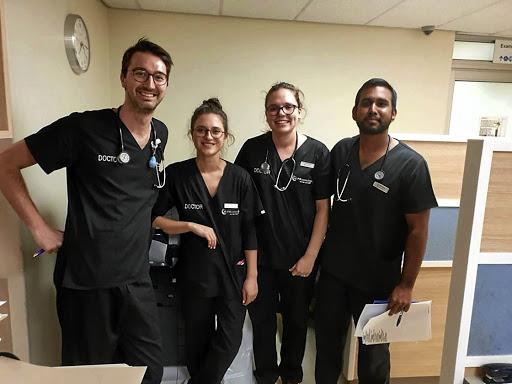 By the end of June last year, Dr Boitumelo Makaulule and her family were still under a self-imposed level 5 lockdown at home, even though the country was down to level 3.

Makaulule, who works in a public hospital in Johannesburg, would remove her clothes in the garage and shower before going anywhere near her family. Because of a shortage of personal protective equipment she bought her own medical jumpsuit.

Eight months later she still has it.

Makaulule was taking her first break since October when she spoke to the Sunday Times this week.

She and two other frontline doctors shared their memories of the pandemic and the strain and trauma as the second wave of infections battered SA.

‘Tsunami of distress’: Covid-19 comes in wave upon wave for health workers

While they have been commended for their resilience, burnout and depression could erode their work standards
News
1 year ago

"After the first wave, things started calming down and we saw fewer [Covid] numbers," said Makaulule.

However, because the hospital's chronic patients - people with conditions such as diabetes and high blood pressure - had been too scared to collect their medication, many were severely ill when they did come.

"In my department we didn't really have a break - we had a break from Covid but everything else still continued."

Still, Covid patient numbers were well down, to the point where there were just two patients at a time in the Covid ward.

Then the second wave came.

"We were told that there would be more resources, more stuff. We didn't really see that happening. ICU had the same amount of ventilators and beds."

This time Makaulule was seeing younger patients, people who had previously been fit and healthy.

"It was very traumatising," she said. People my age ." 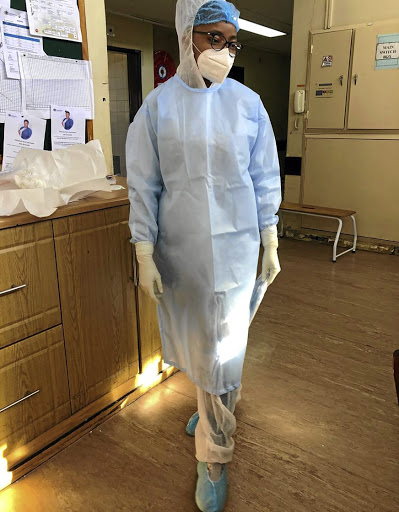 Makaulule has not yet been vaccinated but said most of the 12 people in her department have had the jab.

"I'm trying to remain optimistic. [But] there's still a part of me that thinks that if a third wave comes, I don't know if we'll be ready for it in terms of resources in the public sector."

Last June, Dr Suhayl Essa was working at a GP's private practice and also recovering from Covid-19. He has since taken up a post at a public hospital near Johannesburg.

Essa was vaccinated two weeks ago.

The pandemic has revealed glaring weaknesses in the health sector that the government needs to address, he said.

"We have a very toxic relationship with alcohol in this country and it has a direct effect on our health-care system.

"It puts massive strain on the system [and] it needs to be addressed."

Essa, who had not seen the impact of the first wave on SA's hospitals, was shocked when the second wave hit.

"When the second wave came, it was overwhelming in the beginning. There were a lot of sick, sick patients coming in in numbers."

But the fact that doctors understood much more about the virus and how to treat Covid-19 compared to six months earlier was encouraging, he said.

As the first wave surged through the country and emotions ran high, Dr Adam Barnes, who works at private clinics in Johannesburg, wrote a scathing social media post about the strain on frontline workers.

Eight months later - and despite higher numbers of patients during the second wave - the outlook was much better.

"When the second wave hit it was definitely a lot worse than the first," he said. This time, however, there were better treatment protocols.

"We stuck to our guns, we had the steroids we knew worked. From a stress side of things it was much easier because even when we saw sicker patients, we knew we had a chance of treating them successfully."

It helped that patients also understood more about the disease, he said.

Barnes, who contracted Covid during the first wave, was vaccinated two weeks ago.

He was concerned that side-effects from the vaccine, such as fever and muscle pains, would be misinterpreted and that people would refuse it.

"We are saying to patients there are definitely side-effects, you can expect to have a fever, just so it's not this unexpected shock."

Barnes said there has been a definite change in how people appreciate frontline workers. "I hope the vibe in the country will be a lot more hopeful. That the vaccines are there and there's a second one coming in - it's a miracle."

The Covid-19 vaccine programme will move faster than the inoculation of health workers who are receiving shots as part of a Johnson & Johnson ...
News
1 year ago

Contract Covid-19 workers, who put their life lives on the line but have not been paid, have been shortchanged or not been compensated for overtime, ...
News
1 year ago

KwaZulu-Natal health MEC Nomagugu Simelane-Zulu says some health workers have refused to be vaccinated and won't be forced to do so.
News
1 year ago