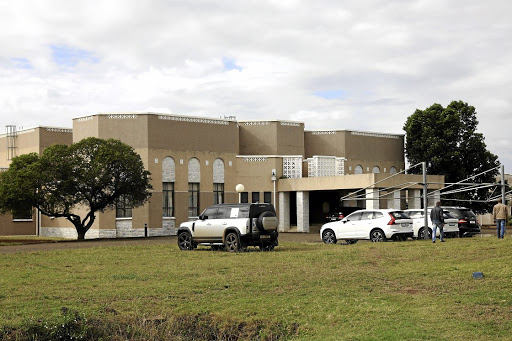 The Zulu royal family has been rocked by claims that King Goodwill Zwelithini's will may have been forged — and further shaken by a court bid by his first wife to interdict the coronation of a new ruler.

King Zwelithini's daughters from his first wife, Princess Ntandoyenkosi and Princess Ntombizosuthu, claim the will in royal family lawyer Jerome Ngwenya's possession may be fraudulent, and plan to seek an interdict to halt its execution until its authenticity has been fully tested.

In a separate court action, their mother, Queen Sibongile Dlamini, has approached the high court in Pietermaritzburg to interdict the coronation of a regent or king. She wants the court to recognise her civil marriage to the late king as his only legally binding union. The matter is set down for May 7.

The legal action comes days after the death of the kingdom's regent, King Zwelithini's Great Wife, Queen Mantfombi Dlamini, and is expected to spark a bruising succession battle for the throne.

The assets King Zwelithini left behind include millions of hectares of land controlled by the Ingonyama Trust, farms, livestock and several properties.

Announcing Queen Mantfombi's death, Prince Mangosuthu Buthelezi, traditional prime minister of the Zulu kingdom, said that while the royal family was rightly grief-stricken, there would be no leadership vacuum in the Zulu nation.

However, the court actions may put this in question.

Ngwenya told the Sunday Times yesterday that it would "be a sad day in the Zulu nation if, during the mourning period and the death of one of the queens, one section of the royal family is fighting the rest of the royal family in court, including the offspring of the recently deceased queen, who is yet to be laid to rest. However, this is not my call.

"The effect of the interdict in the second intended application, if granted, will prejudice the royal family greatly. Among others, those dependent on the late Isilo for their livelihood will be without maintenance for as long as the disputes in court continue." 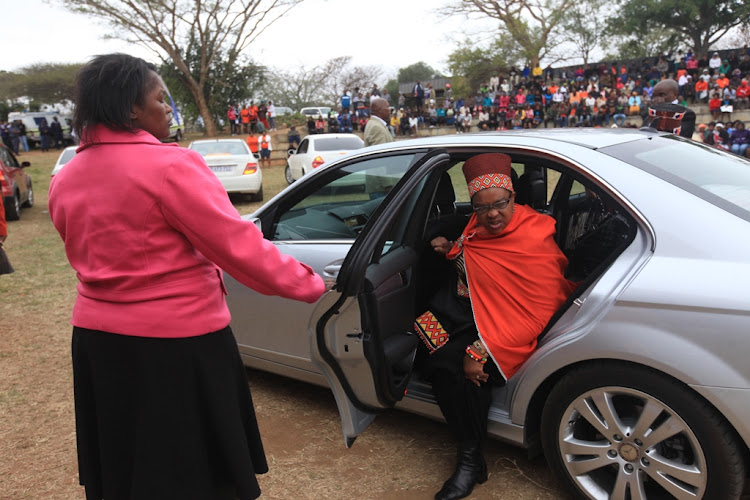 Queen Sibongile Dlamini intends to obtain a court order declaring that she was married to King Zwelithini in community of property in 1969.
Image: JACKIE CLAUSEN

Queen Sibongile hopes to obtain a court order declaring that she was married to King Zwelithini in 1969 in terms of the Marriage Act of 1961.

However, Ngwenya told the Sunday Times that the queen's marriage certificate, a copy of which is attached to papers indicating her intentions in court, "states that they were married in terms of section 26(6) of the Black Administration Act. The marriage officer was the late Bishop Hamilton Zulu."

Ngwenya said the queen "does not give reasons why a marriage officer of such high standing [Zulu] would have committed such a basic error".

The Black Administration Act, which has since been repealed, stipulated that black marriages that took place before 1988 were out of community of property.

The Constitutional Court recently upheld a Durban High Court ruling that marriages under the now repealed Act be made in community of property by default.

Queen Mantfombi was announced by the family as regent following the king's death, until a successor is named, in line with the wishes of the king.

"Of course events have since overtaken this part of the application," said Ngwenya. "In any event it is not certain whether in the first place the government does have powers the queen seeks to interdict."

The royal family feel it is important to clarify its position, to undo any confusion that has been created, says Mangosuthu Buthelezi
News
1 year ago

In court papers seen by the Sunday Times, Princess Ntandoyenkosi Zulu, who is listed as the first applicant, with her sister as the second, says they seek to interdict Ngwenya from exercising the powers vested in him in terms of the will.

She says they acquired the services of a handwriting expert who said that the signature on the will, read out by brokers representing Sanlam Trust at a family meeting on March 19, was not consistent with that of the late king.

"The handwriting expert has expressed an opinion about the signatures in the will that raises a triable issue.

"If the expert and his opinion is correct, there is a real possibility that someone forged the signature of the late Isilo," the princess says.

The affidavit goes on to say: "If the witnesses facilitated the will, as is the practice, they would have drawn the will in accordance with instructions of the late Isilo. They should therefore have been present when the will was signed and would have resolved the issue of the identity of the named successor by ensuring that they were in possession of the identity document of the person. It is suspicious for witnesses who signed the will not to know what was intended .

"I submit that it will be detrimental to the entire Zulu nation, the members of the royal family and the citizens of KwaZulu-Natal if their future and their affairs are determined and regulated by an instrument which is on the available material suspected to be a product of forgery," reads the affidavit.

In the same document, the princesses refer to their mother's court bid.

"Our father, the late His Majesty King Goodwill Zwelithini Zulu, married our mother on 27 December 1969 and the late Isilo chose that the marriage be regulated by the provisions of the Marriage Act, No 25 of 1961," the princesses say in their affidavit.

"I read the last will and testament of the late Isilo. I was concerned about the provisions of the will that appeared to negate the fact that the marriage between my mother and the late Isilo was in community of property."

Ngwenya told the Sunday Times that the will in question only authorises him to act as a conduit between the government and the royal family and to ensure the welfare of the royal family while the estate is being wound up.

Also fuelling tensions in the royal household are allegations that Queen Mantfombi may have been poisoned two years ago. Buthelezi confirmed knowledge of the poison allegations in an interview with the SABC this week.

Prince Misuzulu is likely to be the next Zulu king after a will read out to the royal family on Friday revealed that the late King Goodwill ...
News
1 year ago

Inkosi iyahletshwa. The direct and literal translation of this would be that even a king can be gossiped about, writes S'thembiso Msomi.
Opinion & Analysis
1 year ago

King Goodwill Zwelithini, who has died at the age of 72 of Covid-related complications while being treated for diabetes, was one of the most famous ...
Opinion & Analysis
1 year ago