How can we claim to have compassion if we allow the law to ban people who are infertile from realising their desire to build a family? 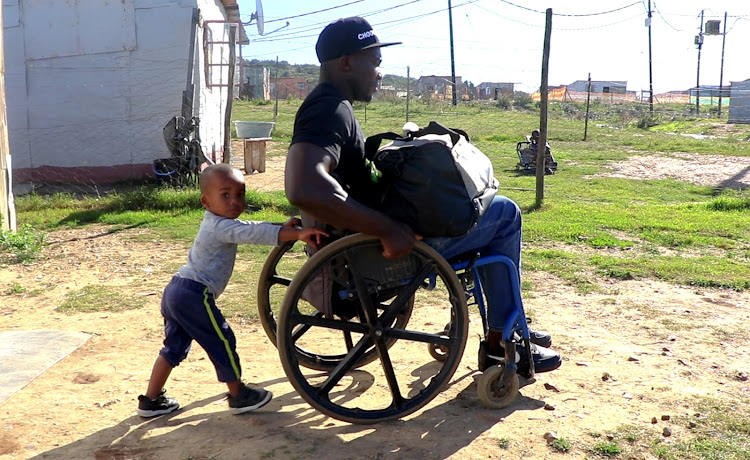 A law that banned disabled people from using ramps instead of stairs would discriminate against them, just as a South African law on surrogacy discriminates against those who are infertile, says the writer.
Image: Riaan Marais

The University of KwaZulu-Natal’s School of Law is housed in a beautiful old building on the Durban campus. To enter it, one needs to climb a flight of stairs. However, not all people are able to do so. Those in wheelchairs need a ramp. I am happy to say our law school has one, so it is accessible to disabled people. This is a good thing. Only a prejudiced person would argue that making the building accessible to the disabled is bad.

Let’s consider another type of disability, one that is, unfortunately, the subject of much social stigma and misunderstanding: infertility.

Let me relate the story of a brave and determined woman whom I will call “Amy” to protect her identity. She and her husband tried to have a child, but Amy could not fall pregnant. So they visited a fertility clinic which suggested in vitro fertilisation (IVF). The couple’s hopes were high — would they have the child they dreamed of? After two unsuccessful IVF attempts, the doctor advised Amy that her eggs were not viable.

If she wanted to have a child she would have to use viable eggs donated by another woman. Amy thought about this long and hard. Eventually she decided she wanted to proceed using a donor. She felt she would love the child irrespective of whether it was genetically related to her. She and her husband spent months looking for a suitable donor on websites suggested by the clinic. Eventually they found someone who closely resembled Amy and who shared many of her personality traits. Using eggs from this anonymous donor, the IVF treatment started anew. Again, Amy and her husband’s hopes were high.

The court had the opportunity to help people who are often marginalised and ostracised, and who suffer deeply because of their disability. But instead of doing their constitutional duty and standing up against discrimination, they told Amy she was to blame. This a disgrace

After two IVF attempts, Amy was still not pregnant. Then further tragedy struck: her husband divorced her. She was devastated, but slowly rebuilt her life, continuing to cling to the dream that, with the help of medical technology, she would one day become a mother.

She continued with IVF, this time with donor eggs and sperm. Over a number of years she underwent a further 14 treatments, but each pregnancy ended in early miscarriage. Eventually Amy’s doctors diagnosed her with an incurable illness that affected her uterus and caused the miscarriages. They said she would never be able to carry a pregnancy and suggested a possible solution — get a surrogate to carry it for her.

Soon Amy was introduced to Cindy, a woman with children who was willing to fulfil the role.

However, Amy ran into another problem — a legal one. According to the law, a “commissioning parent” — the person who wants to use a surrogate — must use his sperm or her eggs. Amy couldn’t, which was why she had embryos created with eggs and sperm from anonymous donors.

She took the government to court to challenge the law on human rights grounds, specifically her right to equality. How could the law only allow fertile people to use surrogate mothers, but prohibit the infertile from doing so? It did not make sense. The high court found in favour of Amy. However, 11 justices of the Constitutional Court were divided, with the majority siding with the government. They argued that the law did not discriminate against infertile people and that it was Amy’s infertility that stopped her from having children, not the law. Does this make sense?

Let’s compare Amy’s case with the School of Law’s building. If there were a law that banned people from using the ramp instead of the stairs, would this discriminate against disabled people? Yes. One cannot defend such a law by arguing that it is not the law that discriminates, but disabled people’s disability that is to blame. There is a ramp people with wheelchairs can use to access the building. Similarly, surrogacy and donor eggs and sperm would have given Amy “ramp access” to the joy of having children. Demanding she use her eggs, which she cannot, is the same as demanding people in wheelchairs use their legs to climb stairs.

That a Constitutional Court majority sided against Amy was a sad day for human rights and a sad day for our country. The judges’ argument that the law does not discriminate against infertile people was clearly wrong. The court had the opportunity to help people who are often marginalised and ostracised, and who suffer deeply because of their disability. But instead of doing their constitutional duty and standing up against discrimination, they told Amy she was to blame. This a disgrace.

This happened in 2015. Seven years later, the law is again being challenged in court. It will be heard in the Mpumalanga High Court, then come before the Constitutional Court. Will the apex court redeem itself and rectify its previous egregious mistake?

I call on the justices of the Constitutional Court to right this wrong.

A healthy woman is a wealthy nation: a key to Africa’s prosperity

IN-DEPTH | What contraceptives are available in SA and which are most popular?

There are many tools available to prevent pregnancy, including pills, intrauterine devices (IUDs), subdermal (under the skin) implants, injections, ...
News
8 months ago