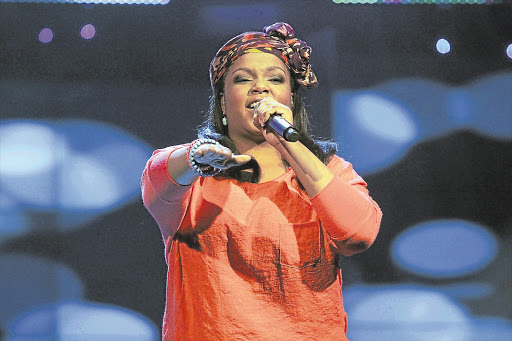 Songstress Shekhinah touched down in SA on Wednesday afternoon from Kenya where she had just "created magic" with US star Jason Derulo... and she couldn't stop gushing about the experience.

The Durban singer told TshisaLIVE that she was  grateful for reality music show Coke Studio creating a platform for her to collaborate with the Wiggle hitmaker.

"We basically had two days to create beautiful musical magic. I took in every single moment and learnt so much. I was in Jason Derulo's creative space and to see first hand how he does things was just breathtaking," she said.

Shekhinah explained that they had recorded at the Coke Studio in Nairobi, Kenya and she was exposed to "different elements" she had not previously thought of including in her music.

"I am now even more excited for my album, which will drop in September. Jason has also heavily influenced me. I mean the guy has worked with so many talented people, like Nicki Minaj," she said.

She said the first single from her album will drop on June 30 and she hopes people will see that she's "ready to up the game" when it comes to her music.

22 years old has really been such a vibe. Miss me with the bullshit and find me doing the realist I pray you stay on this Journey with me for as long you can..... ❤️ #cokestudioafrica thank you for inviting this Girl to do the most thank you Jason Derulo 🙏🏿😭

After Unathi Msengana visited Glen Lewis's Touch HD breakfast show on Tuesday, fans were sent into a nostalgic frenzy and have called on the two to ...
TshisaLIVE
4 years ago

I danced very close to the edge of insanity, says Masasa on her Harvest role

Seasoned actress Masasa Mbangeni has revealed that playing her character Celia on the Harvest "almost broke" her.
TshisaLIVE
4 years ago

Poor Ndivhuwo put her heart on the line when she asked her friend, Dineo out on last night's episode of Uyang'thanda Na.
TshisaLIVE
4 years ago