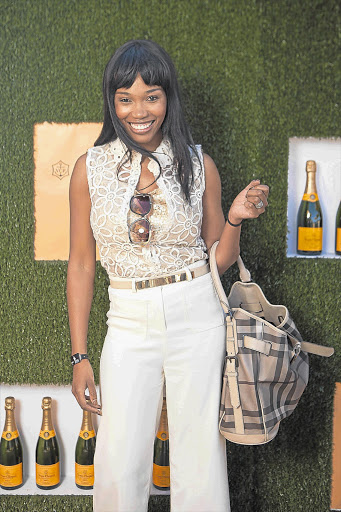 Actress Sonia Sedibe has revealed that she is in a much better space in a life, three years after going through a divorce from her husband, Leslie Sedibe of eight years.

Sonia who graces the August cover of True Love magazine revealed that even though it was a painful time in her life, she has not given up on love.

"I met my first boyfriend when I was 17 and we only broke up when I was 26! I met Leslie at 28 and at 30 I married him. Because of that, chances are I'll marry again. But if I do, there'll have to be conditions," she said.

Sonia explained that she would not enter another marriage blindly.

Even though the actress was coy to reveal if she was in another relationship, she said she was happy.

"Being single isn't so bad...it's like being reintroduced to the woman I was before getting married," she added.

Shortly after her divorce in 2014 Sonia experienced a series of health challenges and was rocked by broke rumours.

Speaking to Sowetan at the time, Sonia said she did not care what was written about her because she knew her truth.

"I know my truth. I know that when I go to my house it's a family home. My children are so happy to see me, they even scream. I don't need to prove a point," she said.