Generations: The legacy actress says she was ready for 'raunchy' scenes 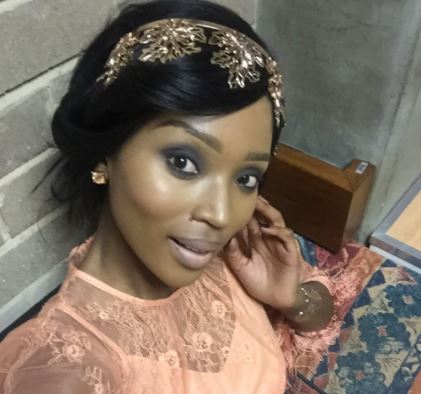 Actress Motsoaledi Setumo played the controversial role of Thabi on Generations: The Legacy
Image: Via Twitter

Actress Motsoaledi Setumo, popularly known for playing the raunchy young woman in Generations: The Legacy, has revealed she saw nothing wrong with her controversial scenes aired on the show.

She spoke to the Fresh Breakfast team about having "broken" the internet after her character's saucy scenes on the show and explained her mindset when she got the script.

"I was ready. Listen, I have one rule as an actress: Do anything to bring the character to life. So I did those scenes with a passion. Maybe that is why we even got in trouble because I walked into that set and I was like 'anything to bring this scene to life'. So I did it and I saw nothing  wrong with it, because I understand that it's just role play."

Motsoaledi explained as an actress she could not afford to hold back although she understood where the complaining viewers were coming from.

" I also kind of understand where the parents are coming from, being raised by black strong woman myself. It was a bit difficult for them to be [exposed] to that but I am an actress," she said.

The actress also shared that she was not afraid of criticism about her body, because she isn't insecure.

She featured in a number of explicit scenes over the past few weeks which involved scenes ranging from smooching, revealing outfits, tying of hands using a scarf during an intimate moment and whips.

The show received numerous complaints and the omnibus airing the scenes was pulled by the SABC.

The actress is ending her stint on the show and will be on air for the last time on Friday.