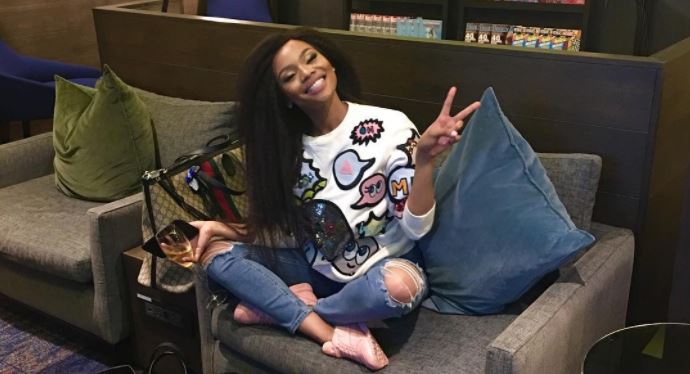 Bonang Matheba's team says she was disappointed after her book was recalled.
Image: Via Bonang's Instagram

Bonang Matheba was left "disappointed" by her memoir being pulled off shelves by Exclusive Books, but will not apologise for the errors which caused the nationwide recall, her team said.

Speaking to TshisaLIVE after news of the book's recall shook the internet this week, Bonang's manager Sylvester Chauke blamed the recall on a publishing error that he claimed could not be attributed fairly to Bonang.

"It is a publishing error that is being dealt with by the publishers. Bonang was obviously upset by it but she will not apologise for the errors because these were publishing errors," Sylvester said.

He would not reveal whether Bonang had proofread the book ahead of its release but said it had been reviewed by a number of people connected to the project for accuracy and grammar.

"A few people read the book, including several at the publishers," Sylvester said.

He said that Bonang was in communications with BlackBird Books to make sure the next edition was of better quality and was now focused on the future.

"Bonang and her team's only focus is on the future and moving forward. I don't want to go into the details of what happened because we are focusing on the future," he said.

BlackBird Books told TshisaLIVE this week that Bonang's book would be removed from shelves, with a new edition currently in the works. This after the memoir received major backlash from the public over grammatical and factual errors.

Publisher Thabiso Mahlape said she took responsibility for the mistakes.

"I take full responsibility for what happened. The last thing I want is for black people to be accused of mediocrity and I should do better. It's on me as the publisher. I ought to have done better," she said.

BlackBird Books, publishers of Bonang Matheba's memoir, From A to B has confirmed that it has recalled the book from bookstores across the country ...
TshisaLIVE
3 years ago

Bonang hopes to inspire through her book

After 13 years in the industry, Bonang Matheba said she decided to publish a book because she was ready to tell her story. Bonang said that even ...
TshisaLIVE
3 years ago

Just hours before friends, family and fans gathered at the ultra-posh Diamond Walk in Sandton City to celebrate the launch of Bonang's book, Bonang: ...
TshisaLIVE
3 years ago