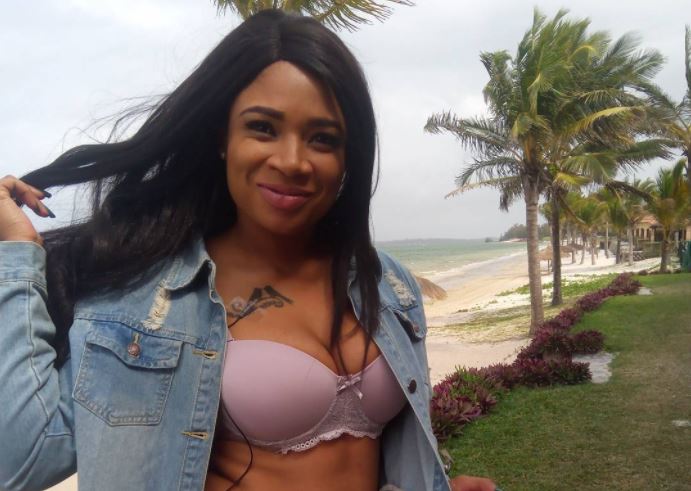 Sibongile Masuku has constantly been roasted for her English.
Image: Via Sibongile's Instagram

As the backlash over Bonang Matheba's book continues on social media, fans of popular Mzansi Magic reality show Diski Divas have suggested that the book may have been written by the show's Sibongile Masuku.

Bloemfontein Celtic player Khethokwakhe Masuku's wife has become the one diva fans love to hate and when she featured on the show on Wednesday evening fans once again took shots at her English.

Using hilarious jokes and memes, they suggested that Sibongile's English was so bad she might have written Bonang's error-laden book.

#DiskiDivas shout out to the writer and editor of #AtoB . English came ka skepe maan pic.twitter.com/FZztlaqhzu

Apparently Sibongile and Bonang went to the same school😂😂😂#DiskiDivas

As if that wasn't enough drama, the ex-wife of Kaizer Chiefs striker Nkosinathi Nhleko, Thandeka, revealed that she is also planning to release a book. The news sent Twitter fans into a frenzy, with fans encouraging her to not waste her time.

#DiskiDivas thandeka biko biko..😏 not another book please. Mzansi need to recover. After reading A to B we really need a break.

Idols SA judge Somizi has once again revealed the anguish he experienced during a bout of depression, recounting how it left him wishing it was him ...
TshisaLIVE
4 years ago

Simphiwe Ngema took to the stage at the Hope Restoration Church in Kempton Park on Joburg's East Rand to lead the crowd in a song of prayer.After the ...
TshisaLIVE
4 years ago

Family, friends, fans and colleagues united in mourning at the Hope Restoration Church in Kempton Park on Joburg's East Rand on Wednesday as the life ...
TshisaLIVE
4 years ago

It's the first time she's made a public appearance since her husband, Dumi Masilela, was shot and killed in a botched hijacking just under a week ...
TshisaLIVE
4 years ago