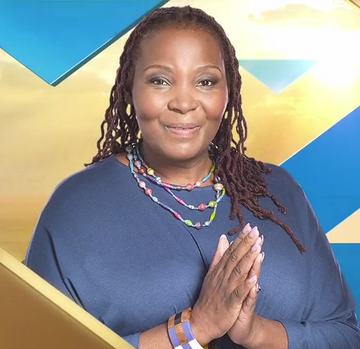 After every episode of Please Step In, Twitter usually reflects on the problems of the families discussed in the relationship-themed reality show. However this week they were pulled in a different direction as they felt that presenter Angie Diale is "too quick to judge" the families.

The viewers of the show commented on how they felt that the presenter quickly began judging the families as soon as she hears their stories. They went on to suggest that perhaps she could benefit from extra training. Ouch.

Last night's episode shed light on a few issues that tweeps felt hit  home. They struggled to figure out exactly who had a "problem" in the families as all parties seemed to have unresolved issues. Many fans also identified with some of the struggles, like parents failing to take responsibility for their roles in their children's shortcomings.

Coming up tonight on #PleaseStepIn: The Mahlangus want Mam' Angie to help them reach out to Zanele. Tune in at 8pm! pic.twitter.com/g8YafEzz2f

The memes came streaming through:

Mam Angie and turning on the people who called her #pleasestepin pic.twitter.com/CJykNHFq90

The are so many Zanele's kodi kasi with the same problems and the exact solutions boyfriends are always their escape #PleaseStepIn pic.twitter.com/kWIS792bn6

I hate it when parents see their children hurting and they deny everything #PleaseStepIn pic.twitter.com/2MeIIeXPN1

#PleaseStepIn Mam Angie forgot that the are 3 side of the story ,Zanele story ,Bab Mahlangu story and the truth pic.twitter.com/9CYuyrecN9

Despite initially defending her comments around the LGBTI community Criselda Dudumashe has done a u-turn and apologised unreservedly. She was ...
TshisaLIVE
4 years ago

Lesley Musina: 'If we knew our history, we would be more tolerant as a nation'

Former Muvhango actor Lesley Musina says that far too many South Africans have neglected opportunities to learn about their past because they are ...
TshisaLIVE
4 years ago

Even though Somizi Mhlongo is incredibly grateful for his blessings and booming career, his grueling work schedule often leaves him feeling ...
TshisaLIVE
4 years ago

DJ Sbu to take Massive Metro to taxis in Gauteng

Despite a string of challenges that have popped up, DJ Sbu is going full steam ahead with his plan to see more than 1000 taxis in Gauteng broadcast ...
TshisaLIVE
4 years ago