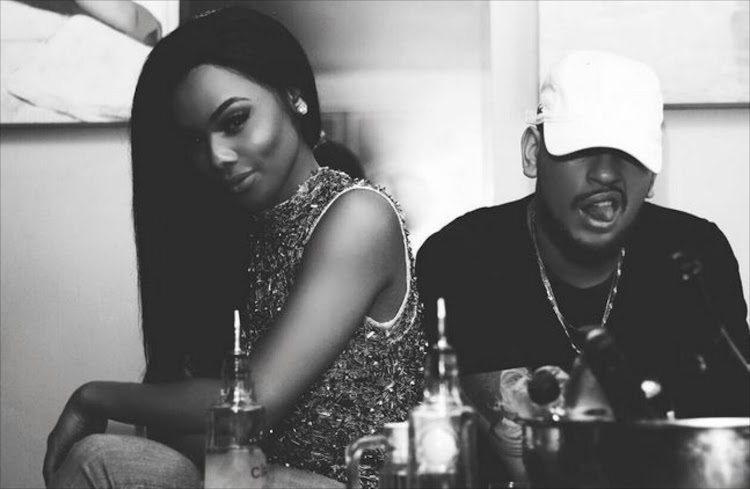 AKA is 100% behind Bonang.
Image: Via Bonang Instagram/Blaq Smith

Rapper AKA has given his support to his girlfriend Bonang Matheba's reality show, saying that he will always support her as the couple strives to build an empire.

AKA has appeared on Bonang's Vuzu Amp reality show Being Bonang but told Slikour that he was not a regular cast member of the show.

"In terms of that show, it is just a facet of her life. Just one time. You won't see me...I am not like a cast member. I will maybe just pull a 'Ye (Kanye) like Kanye does on the Kardashians," he said.

AKA said he supported Bonang in her project as they worked to build their brands.

"I support her endeavors. We're building an empire," he said.

Speaking to TshisaLIVE ahead of the release of her reality show, Bonang promised fans that they would get an intimate glimpse into how ordinary the power couple's relationship was.

"What the reality show is going to show is that we are simple people who wake up and do the same things as everyone else. What we do just happens to put a smile on people's faces. All we want to do is make people smile," Bonang said.

Even though Papa Penny Penny's son, Bafana Mdluli' was completely stripped off all his possessions and was disrespected when thugs left human faeces ...
TshisaLIVE
4 years ago