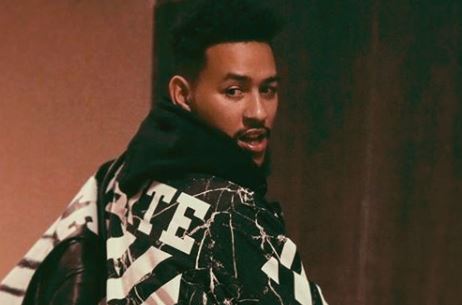 Rapper AKA thinks people are out to destroy his reputation
Image: Via AKA's Instagram/Baq_Smith

Rapper AKA is convinced that there are evil forces out to destroy his reputation, after an image emerged on social media showing 'drugs' on his table taken from a video of him dancing with bae, Bonang Matheba.

The rapper took to Twitter to accuse people of photoshopping the snaps that were screenshot from the video.

Although the rapper has since deleted the tweet, he was clearly not impressed by the picture. 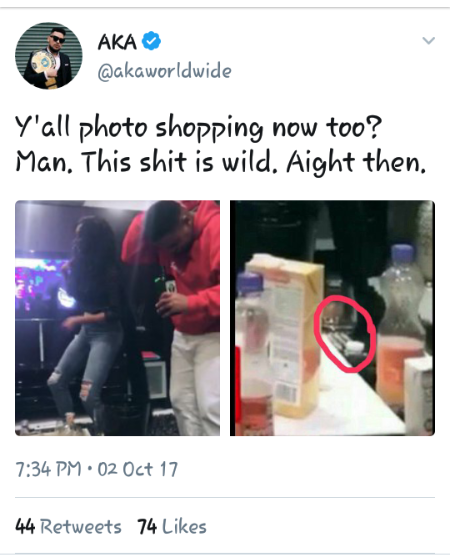 The video clip from which the snaps came from, appears to have been an Instagram story video. The pair are seen joyfully dancing to an old school jam.

The rapper added that there were people trying to tarnish his name and has decided to leave them to God.

Whoever or whatever it is trying to destroy our reputations. Keep at it. God got us. Clearly the Devil got you. Let's see who wins.

US rocker Tom Petty died on Monday after suffering cardiac arrest, his management has confirmed. The star was rushed to an LA hospital after being ...
TshisaLIVE
4 years ago

Two of the most successful businessmen in the entertainment industry, Slikour and DJ Sbu have warned about the dangers of overspending and greed, ...
TshisaLIVE
4 years ago

The family of Reeva Steenkamp have issued a public statement expressing their anger after a teaser for the Oscar Pistorius biopic was released. The ...
TshisaLIVE
4 years ago

Wow! If you thought the tennis champ was going to be tucked away in a corner trying to ditch the excess weight after giving birth, think ...
TshisaLIVE
4 years ago