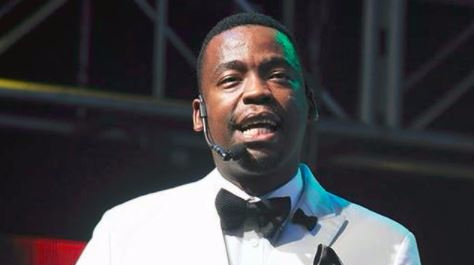 Gospel singer Sbu Noah is grateful to have escaped with his life.

Gospel singer Sbu Noah has been left shaken, but is grateful to have escaped with minor injuries after being involved in a car crash last Friday.

The musician said he was grateful to God for saving him and hoped to be well enough to be back on stage soon.

The Joyous Celebration member was involved in a car accident in Kuruman, Northern Cape last Friday. Although not badly hurt, Sbu told his followers on social media that the car accident involved four other cars.

"This weekend I saw God! I left on Friday on my way to a gig in Kuruman. I never reached my destination as the car I was in crashed into four other cars," he wrote, before explaining that his vehicle spun and hit the other cars.

Speaking to TshisaLIVE, Sbu said that despite being taken to hospital he decided to ignore doctor’s orders and still perform at the events he was traveling to.

"After the accident I decided that I still wanted to keep my commitments. Maybe I wasn't thinking clearly because the doctors had told me not to perform. But I felt bad and didn't want to disappoint my fans,"  Sbu said.

Despite the pain he felt while performing, the musician said he was "healed" as he sang for his fans.

Sbu is currently recuperating at home and has been booked off by doctors until the end of the week. He said he was glad God saved him.

"Just sitting in my room wondering, why did God save me... But I'm glad he did. Now I just want to sing," he wrote.

DJ Dimplez has recalled the original artwork released for his latest single after it got major social media backlash for apparently perpetuating the ...
TshisaLIVE
3 years ago

YouTube vlogger, Thulasizwe "Lasizwe" Dambuza has credited Somizi for breaking down stereotypes about gay people in South Africa, and motivating ...
TshisaLIVE
3 years ago

Socialite Pulane Lenkoe was left fearing for her life on Monday evening after witnessing a heist in Johannesburg that she described as the scariest ...
TshisaLIVE
3 years ago

Rapper AKA is convinced that there are evil forces out to destroy his reputation, after an image emerged on social media showing 'drugs' on his table ...
TshisaLIVE
3 years ago

Minnie Dlamini and Bonang Matheba have often competed for the title of Mzansi's biggest star, but despite the temptation Minnie says she has never ...
TshisaLIVE
3 years ago
Next Article