In this exclusive interview with TshisaLIVE, Zodwa speaks to us about beating the odds, redefining fame and the power of not being ashamed. 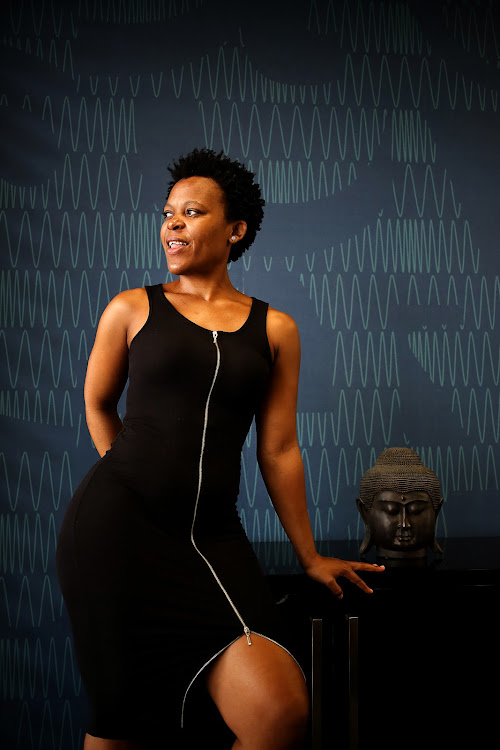 "Growing up people always told me I would be nothing. I know what I am here for. I knew I had 'something' but I didn't think it would be this big."

It's still unbelievable to Zodwa Rebecca Libram that she's become a household name across Africa. At the beginning of the year, she was working at a debt collection company and getting money after performing at clubs. Before that she was sleeping with men in exchange for money. These days she has Zimbabwean President Robert Mugabe talking about her. At 32-years-old, Zodwa's life has been a rollercoaster and in an exclusive interview with TshisaLIVE, she spoke to us about her life in Soweto, being poor and gaining notoriety.

Known as Zodwa Wabantu, the entertainer described how she was brought up by her grandmother and aunt after her mother died when she was 11-years-old. It was her mom's death that was a major turning point in her life.

"My mom passed away when I was 11. That is the reason I left home when I was 16. Life was changing and it wasn’t easy. I had to fight for food and I could see then that that isn't the way life should be. I was asked why I was eating when my cousin's weren't.  So I had no choice but to move. I knew I needed to hustle."

She has never known who her father is and when she left home she had nothing but her ability to live through favours from strangers.

“I left home when I was 16 and until today, no matter how hard life was out there, I never packed up and went back home. When you are young, you are less fearful of life because you are optimistic compared to when you are older. Back then I just hustled."

After failing matric her 20s passed in a blur: She was moving from job to job, just trying to make ends meet. Four years ago she landed a position at a debt collecting company and jumped at the opportunity to move to Durban because of the "big salary" she'd be getting. At 28 she'd be making R6,500.

In Joburg, she had started dancing and getting some money at clubs but Durban saw the birth of Zodwa Wabantu. After a hard days work, she would reward herself  by going to Shisanyama's and clubs in the townships. Eventually she started getting paid and people started recognising her: Not just because of the fact that she always had a Savanna in her hand (it became a 'thing' that she was snapped with the alcoholic drink) but also because of her dance moves...more specifically, her ability to move that booty sans panties on.

Throughout her life she admits she has taken money from men after sleeping with them.

"If you asked me out then I would sleep at you place and in the morning I would expect money. Some may say it's prostitution but I was hustling. I just needed to survive."

Wearing a tight black dress (without underwear) Zodwa isn't ashamed of what she did to get cash. She does, however, insist that no child should have to do what she had to do, and validates her actions by saying that she saw young girls do it for Brazilian hair and Instagram bragging rights.

“For some reason the owners of these places would allow me to go in, even when I had no money. I would just dance and entertain and by the time I got to KZN, I already knew my skills."

Now, as she gains more attention and the moolah is rolling in, she says her main focus is making cash. As a mother to an 11-year-old son, she knows that fame can be fleeting and she has no intention of being in the "industry" for more than five years.

Being raw and real is what has made people love Zodwa. But she knows nothing lasts forever. "Even now that I'm famous, I know that I'm an outsider."

Two of Mzansi's popular faces, Letoya Makhene and Tamara Dey are counting down to the arrival of their babies.
TshisaLIVE
4 years ago

As Simz Ngema now faces the mammoth task of attempting to carry on with her normal life after the death of her husband Dumi Masilela, she has slowly ...
TshisaLIVE
4 years ago

Zodwa Wabantu is full of surprises. As I pulled into the driveway to pick her up at a hotel in Johannesburg, I was unsure of what to expect. Sure, ...
TshisaLIVE
4 years ago

Playing twins in one show can be difficult for many actors and Thishiwe Ziqubu has opened up about accepting the challenge in a new Ferguson Films ...
TshisaLIVE
4 years ago

DJ Fresh has shut down any suggestions that there is beef between him and radio personalities Glen Lewis and Unathi Msengana after replacing the pair ...
TshisaLIVE
4 years ago