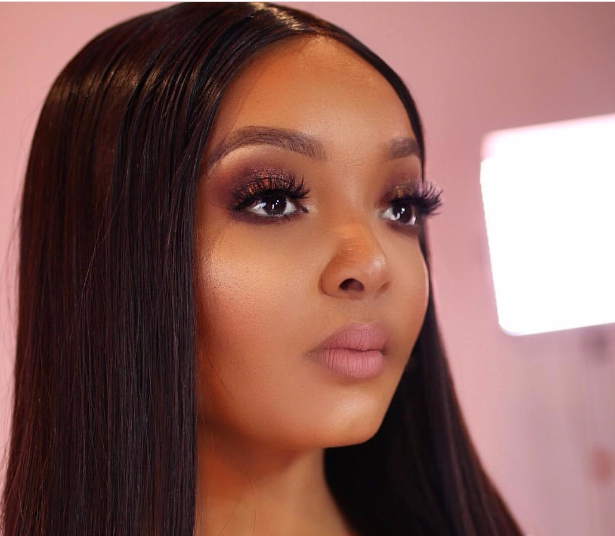 While Bonang Matheba was undoubtedly the star of reality show Being Bonang, it was the TV personalities right hand woman Pinky Girl that stole the hearts of Mzansi with her personality, style and love for champagne.

In an exclusive interview with TshisaLIVE  Bonang's stylish cousin Tebogo "Pinky Girl" Mekgwe, explained her newfound fame, relationship with Bonang and future in the entertainment industry.

The 29-year-old said that she got the name Pinky Girl from her grandmother and was planning to use the name to build her brand.

"The name came from my grandmother. Apparently when I was small I was so light that my grandmother would say: 'okay this is our pinky girl!' Then it stuck, everyone calls me Pinky Girl, even the smaller kids at home call me Pinky Girl now."

Pinky helped popularise the phrase "champagne darling" after her and Bonang's mutual love for bubbly.

"Look, I love my champagne, it like my thing... the sparkling wine vibes.

"Bonang and I grew up like sisters because we were both an only child. We've always been sisters, wearing the same clothes and going to almost everything together. I love that we are at our most natural when we are around each other."

She also slammed any suggestions that the show was scripted and said often she did not even know the camera was recording her outings with Bonang.

"When I'm with her (Bonang), we always have people with cameras around us. The reason our outings are so real is because we were just living our lives and at the time I had no idea for some time that the footage would be used for the reality show."

Pinky said she was a kasi girl at heart and spent much of her time in Mabopane just outside of Pretoria "just chilling".

The 29-year-old studied Computer Sciences at Midrand Graduate Institute (MGI) and said that although she now has "fame and groupies" she remains the same girl she was before Being Bonang.

"Look, I've been in the ICT industry for over 6 years, so I don't just want to jump into entertainment just because of this one thing. I am still thinking about it, I know I love fashion and I could do modelling or acting but I'm still working on it," she said.

• She's an only child to her parents

• She's postponed settling down with kids and a husband until she is 33-years-old.

• Growing up she wanted to be an air hostess

• She is a shy person

Danilo Acquisto on his anxiety battle: You are not alone

Afternoon Express presenter, Danilo Acquisto has opened up about his battle with anxiety and how he dealt with it.
TshisaLIVE
4 years ago

For more than four decades veteran actor, Owen Sejaka has stayed away from drama and hogging tabloid headlines to prove that being in the ...
TshisaLIVE
4 years ago