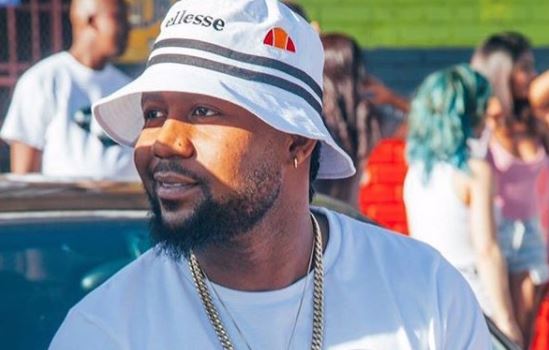 Cassper Nyovest explains how he dealt with hate.
Image: Via Instagram

Cassper Nyovest, who has been called all kinds of names has forgiven his haters, but said he won't forget when he was the laughing stock.

Speaking to DJ Sbu on Massiv Metro, Cassper explained that he had forgiven his enemies but never forgot what they said about him.

The rapper's meteoric rise in the industry saw him become the target of criticism by both fans and music rivals such as AKA.

Cassper explained that he used to respond to people's hate by telling them how rich he was but recently learnt to instead channel it into a positive.

"People would say, 'you didn't finish school' and I would tell them; 'yeah, but I have R10-million,'"he said

The Doc Shebeleza rapper did just that recently when he responded to AKA's offer to perform at #FillUpFNBStadium if he got paid, by encouraging his rival to buy a ticket for the show instead.

AKA later told TshisaLIVE that he was serious about the offer but doubted that Cassper would take him up on it.

Cassper also took to Twitter on Thursday to joke that when people were mad, he just brushed it off.

Amanda Black on Mthokozisi, her career ambitions & her love life

It's been over a year since Amanda Black released her award-winning debut album Amazulu and the star is still getting used to the fame her meteoric ...
TshisaLIVE
4 years ago

Rapper Cassper Nyovest has reflected on perhaps his worst date ever, revealing that he once took a girl out in a beat up car and joked about being ...
TshisaLIVE
4 years ago

AKA gets told to sit down over Joburg 'water crisis' comments

As Johannesburg water works to repair the biggest leak in its history, rapper AKA has taken to social media top question whether people's response to ...
TshisaLIVE
4 years ago

Sho Majozi: Papa Penny is not my father

Musician and actress Sho Majozi may be one of the hottest artists to come out of Limpopo at the moment but that doesn't mean she is related to one of ...
TshisaLIVE
4 years ago