Actress Tessa Twala on being labelled a yellow bone 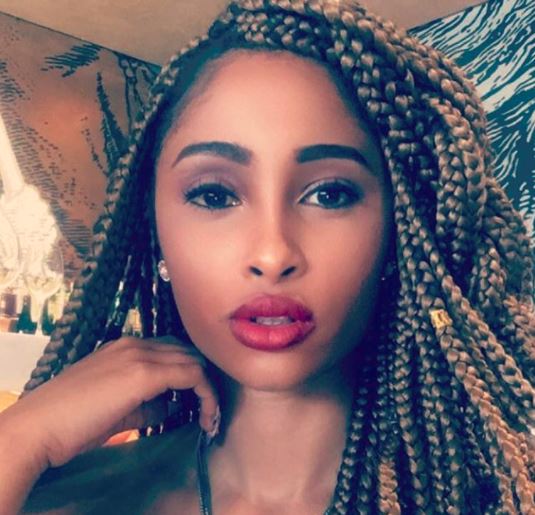 Actress Tessa Twala opens up about being considered a yellow bone.
Image: Via Instagram

Being treated differently because she is light skinned isn't something that actress, Tessa Twala views as a privilege or takes lightly.

In an interview with TshisaLIVE, Tessa said that being viewed differently because she is a 'yellow bone' is as serious as racism or sexism in the acting world.

The Swaziland-born actress said that even though she's experienced xenophobic comments, it seemed subtle compared to some of the comments made to other foreigners.

"I did (experience xenophobia), but I won't lie, it was subtle because of the way that I look. I admit that it is because I am light skinned. I don't know why it is that way, because I see it (xenophobia) and I experience it but I don't think it's as bad as it is for other people. It's like, the lighter you are the better you are treated."

The Ring Of Lies actress said after landing her first role on Zabalaza, as Lexi Thabane, there were times she would experience subtle xenophobia from people who made her feel like she didn't belong.

Speaking about her career as an actress, Tessa described it as a calling.

"I didn't get formal training to act but I took classes and I learnt other things on the job. It was a decision I made so that I become better at what God has called me to do. That way I get my gigs on merit."

The actress said that while she can't change her complexion to avoid its privileges, she valued merit.

Tessa added that she had no tolerance for any kind of discrimination and wasn't afraid to call people out.

"I can tell you right now, I don't care what colour or complexion you are, I will call you out. People who know me will tell you, if you try to to be racist, sexist or anything to discriminate against me, I will tell you 'no, don't do that, not with me. Stop!' I also hate people who stand by and just watch because that makes you an enabler."

Actress Zimkhitha Nyoka has starred in several local TV productions from Mutual Friends to Isithembiso, but always played the role of a teenager or ...
TshisaLIVE
3 years ago

Veteran actor, Seputla Sebogodi and his fiancée, Makoena Francina Kganakga are evidently head over heels in love and can't wait to embark on the ...
TshisaLIVE
3 years ago

Being in the spotlight comes with its own set of challenges, which includes getting hate messages on social media, but Destruction Boyz definitely ...
TshisaLIVE
3 years ago

Rapper Cassper Nyovest has responded to the barrage of hate leveled against him on social media, telling fans that the hate he was receiving was a ...
TshisaLIVE
3 years ago

Twitter learnt some serious lessons from The Queen's Petronella, who showed some serious guts when she asked her boss for a raise and include her in ...
TshisaLIVE
3 years ago