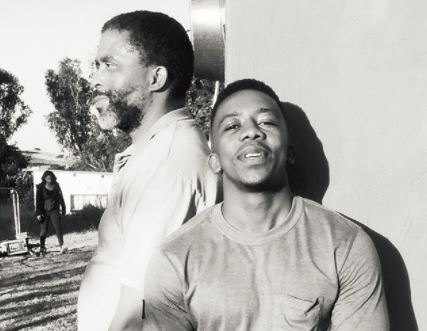 Like many other South African actors,  Mpho Sebeng has strong views about  international actors telling South African stories because he believes that there's enough talent in Mzansi to do them justice.

"We are tired of seeing Americans playing our iconic figures... we tired of seeing your Idris Elba's playing our Mandelas and the likes, when we have enough talent right here. No offence to them, they are great but we have all we need here to tell our own stories, even in Hollywood productions," he told TshisaLIVE.

Nelson Mandela has been portrayed by Idris Elba, Terrence Howard, Morgan Freeman and Laurence Fishburne among many international actors in films depicting his life.

While South African actors have been cast in international productions of African or South African stories, Mpho pointed out that they seldom get the lead roles. The actor said he believed it's not for lack of talent but "commercial value" that they are often sidelined.

He said, together with backing from the right structures and government, actors could turn the matter around by building their profiles and their value.

"We need to build up our profiles and increase our commercial values. Not only in our own country but abroad as well. I want to make sure that I play roles that will have an impact in Africa and the world. We need to find ourselves at a point where we have that commercial value so that when it's time to tell our stories, we will be prioritised."

Mpho has featured in Justice for All, Zero Tolerance, Soul Buddyz and most recently as young boxer Neo on Ring of Lies.

The actor who started acting at the age of 12, has an impressive resumé, but says that he's constantly working to improve his performance hence his scarcity on red carpets.

"I feel like a lot of people in the spotlight actually follow the light but I shy away from it. I'm not a celebrity, that's not how I see myself, so I focus on the craft and leave the glam life to the people that want to live the glam life."

Actress Zimkhitha Nyoka has starred in several local TV productions from Mutual Friends to Isithembiso, but always played the role of a teenager or ...
TshisaLIVE
4 years ago

Veteran actor, Seputla Sebogodi and his fiancée, Makoena Francina Kganakga are evidently head over heels in love and can't wait to embark on the ...
TshisaLIVE
4 years ago

Being in the spotlight comes with its own set of challenges, which includes getting hate messages on social media, but Destruction Boyz definitely ...
TshisaLIVE
4 years ago