It's just a story! Andisiwe Dweba is not leaving Generations to be a sangoma 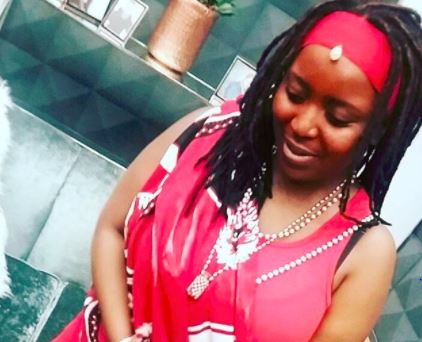 Actress Andisiwe Dweba does not have a calling in real life.
Image: Via Instagram

After it was announced that actress Andisiwe Dweba would be bowing out of Generations: The Legacy there has been swirling speculation that she was leaving the show to be a sangoma.

This was further fueled after Andisiwe shared a picture of herself dressed in traditional attire. Fans rushed to the comments section to wish her luck on her "new journey".

While another said, "wow umkhaya wam (home girl) am proud you, don't forget your culture love."

Andisiwe told TshisaLIVE that she definitely didn't have a calling and expected people to differentiate her from Getty.

"I was at work taking selfies in my dressing room. I don’t have a calling, I am not going to practise, and I’m not practising. It was just me in costume at work."

The actress, whose storyline on the soapie has seen her struggle with an ancestral calling, said she's had to clarify to some of her fans that despite the pictures of her in traditional beads on Instagram, she does not have a calling in real life.

The actress, who has played the character of Getty for over four years, also made recent headlines as one of the actress to be exiting the soapie soon.

Andisiwe said that she would be taking a break from the small screen for a while.

"Unfortunately my fans won't see me on screens, not anytime soon. I'm not actually ready to speak about what I am doing next. But I know I am going to be taking a break."

Mondays are for Selfies....😘😘 it's been such an amazing journey.. #khanyisa

After two years of knocking on doors, Botswana-born actress Koketso Mophuting is happy about getting her big break on Isibaya.
TshisaLIVE
4 years ago

Thembisa Mdoda on her exit from DWTSSA: I was overjoyed, I regret nothing

Instead of tears and sadness as expected when one is booted out of a competition, Thembisa Mdoda gracefully bowed out of Dancing With The Stars.
TshisaLIVE
4 years ago