Liesl Laurie determined to give dance competition everything, cracked rib and all 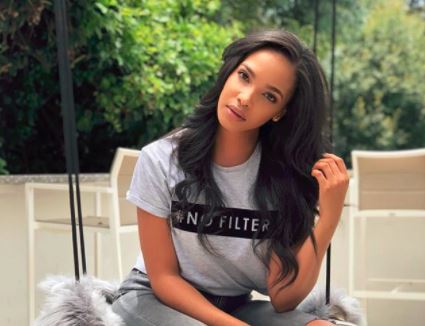 Liesl Laurie says she's not willing to go out of the competition due to technicalities.
Image: Via Instagram

Liesl Laurie is determined to dance through the pain on Dancing with the Stars SA, cracked rib and all.

The former Miss SA has soldiered on in the M-net dancing competition despite having cracked her rib whilst practising for the waltz and is thankful for the overwhelming support of her family and bae.

"It is very painful and is the kind of injury that just needs a lot of rest to heal and I'm not getting as much rest. I am soldiering on because the show must go on, and I would hate to leave the competition due to a technicality...leaving because of a hurt knee or back. I'd rather leave knowing I was fighting and I gave my best each time," she told TshisaLIVE.

Liesel has impressed viewers with her moves every time she hits the stage. She and her partner Ryan Hammond call themselves #TeamRyLee and  left their hearts on the dance floor last Sunday with their salsa routine.

She admitted that dancing on the kind of level she's exposed to on the show is a challenge but said that she's been enjoying the lessons it has taught her about her body.

The beauty queen said she has only ever done drum majorettes, which she felt sometimes worked against her on the dance floor.

"I had done drum majorettes, which I don't think works in my favour half the time because its such a stiff and structured dance. The dances I have to learn here are so different and require more flexibility."

The radio presenter said more than anything she was grateful for the amount of love and support she has received from her family, friends and fans. She said they were the reason she put on an impressive show because their support meant a lot to her.

Liesl added that having a bae like Proverb was a blessing and that the support he's shown her has blown her away.

"Sometimes he's shooting far from Joburg, like on location, and if there's no flight back he'll  rather drive back than miss the show, that is just the kind of guy he is. It's really a blessing to have him in my life. When there are people in the crowd cheering, he's always one of them."

I mean my boyfriend drives 6hours to make it to a live show. Drops everything when I have a sore toe 😩❤️ pic.twitter.com/7okQITE7HO

Tweezy & AKA bury the hatchet: It's all good vibes now

Just over a year after an explosive social media feud between rapper AKA and producer Tweezy split the internet, the pair have reunited and are ...
TshisaLIVE
4 years ago

Letoya Makhene was happy to be back on set of Generations: The Legacy but said the hardest part of returning was being away from her 4-month-old baby.
TshisaLIVE
4 years ago