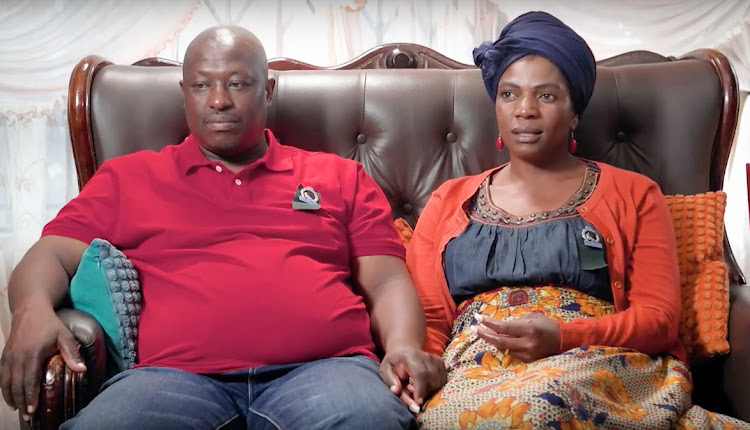 Mildred and Eric tied the knot on OPW.
Image: Via Twitter/Mzansi Magic

Wedding after wedding, Twitter always finds something interesting to zoom into and make a mockery out of and last night it was the OPW couple's maths skills that had viewers in a frenzy.

Mildred and Eric’s love story began way back in 1979 and they revealed that they were actually childhood sweethearts and almost three decades later were tying the knot.

Twitter couldn't fault their wedding as they looked great and their decor was perfect. However, they were left confused by the dates and numbers that the couple used to explain how long they had been together. Somehow the numbers didn't add up.

For example, the groom explained that he was in primary school when his wife was in high school but he's 47-years-old and she's 46.

Even Twitter's mathematicians were lost:

He's 47, she's 46 but in 1986 she was in high school and the groom at primary...how?? #OPW #OurPerfectWedding pic.twitter.com/LlNgwBQvJn

Twitter also didn't seem too happy that the bridal couple had to put on their church badges with the wedding attire.

I don't mean to disrespect any religion buh the ⭐ is totally ruining their outfits #OurPerfectWedding pic.twitter.com/MroSeg9Hlz

#OurPerfectWedding will the bride wear the ZCC badge with the wedding gown? pic.twitter.com/lICbpSmueq

Couldn't mama atleast forget the Zcc badge and not the earrings #OurPerfectWedding pic.twitter.com/tchuvWOOw4

The zcc badge even on the brides wedding gown #OurPerfectWedding pic.twitter.com/UnIf6kdtpQ

A whole lot of ass!
TshisaLIVE
3 years ago

16-year-old is signed by Avicii
TshisaLIVE
3 years ago