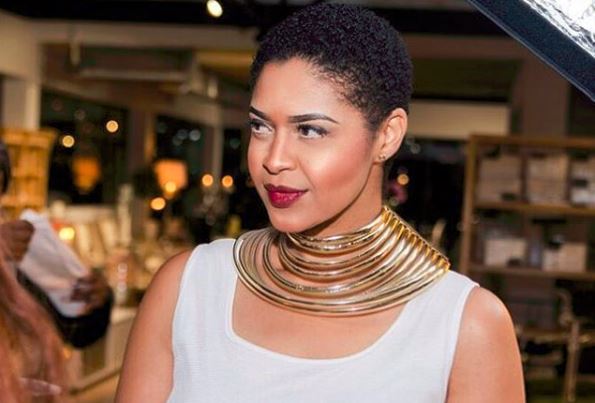 First of all, we think we speak for most South Africans when we say we are thrilled to have Lerato, who will forever be remembered for her amazing portrayal of Refiloe Mokoena on Muvhango, back on that small screen.

The actress took to Instagram to share her joy over playing Princess Kefilwe Kwena in the new drama series, The Throne, that made its debut on Monday night.

"This is the day that the Lord has made, let us be glad and rejoice in it. Dear SA meet the Kwena royal family. We are so thrilled to share this beautiful SeTswana telenovela with you. I proudly play the character of Princess Kefilwe Kwena and this is the biggest and most important role of my 17 years career," she said.

The actress thanked Ferguson Films and other key players that have contributed towards making the drama, which judging by the reaction on Monday night, is already a winner for most viewers.

"South Africa, I know you will not only fall in love with this story but it’ll also blow your minds. I fell in love with this story because in as much as it is about a royal family, this family like any other has complex characters that are caught between custom and tradition on one side, and love and modernity on the other. But most importantly, we have painted a world of female leadership, and mysterious ancient custom and practices. This will be a nail-biting drama that viewers have come to expect from all Ferguson Film productions."

The Throne plays every Monday to Thursday at 7pm on Channel 161  Mzansi Magic.

Aaah my big sis, you message means everything to me... receiving the love and sending it right back to you and Mama. ♥️🤗😘 Kea leboga moratuwa. 🙏🏽 https://t.co/Sxt6jZOKHf

30 mins until The Throne airs its 1st episode! I star in a Ferguson Films production y’all, I brag different. 😁 Join us South Africa, lets make #TheThroneMzansi trend every Monday to Thursday. Channel 161 @Mzansimagic is our home. “Kwena Eja Kwena”. 🐊👑 pic.twitter.com/hh7ycREAVB

Of course, Twitter gave the Fergusons a yes! In fact a lot of yeses!

Honestly The Fergusons just keep on giving us even more reason to pay DSTV. 😢🔥 pic.twitter.com/yqLcO87Uqe

The Ferguson's are the only reason I'm still paying my DStv subscription #TheQueenMzansi #TheThroneMzansi pic.twitter.com/MGsbIU4X5B

The Ferguson's should just take OWNership of @DStv once nje!
@Shona_Ferguson@Connie_Ferguson#TheThroneMzansi pic.twitter.com/FJo2b9vvm2

#TheThroneMzansi @Connie_Ferguson @Shona_Ferguson and Ferguson films you did it you did it once again
We were all anticipating for this to happen and 👌👌👏👏
Setswana se monate tle
Realeboga
Baie dankie pic.twitter.com/V0ORdVTCpF

It's beautiful how Ferguson Films consistently puts women in leadership positions in their storyline, instilling that women are very much capable to lead esp. in a very patriarchal South Africa. ❤️#TheThroneMzansi premiers tonight at 7pm Mzansi Magic!
💃👌🔥✊ pic.twitter.com/wOS8qlUxDf

I stan Ferguson Films! All hail to the Tswana language! #TheThroneMzansi pic.twitter.com/uBfry5Sr5w

Zahara recovering after stabbing: I’ve never been so scared

"I tried kicking him and fighting him off and that was when he stabbed my arm," said Zahara.
TshisaLIVE
4 years ago

Sit down, Cardi. Mzansi has their own Lambo queen.
TshisaLIVE
4 years ago

Skeem Saam’s Glenda: Talent won’t get you as far as you think in this industry

Listen up, sis has got the secret sauce to success.
TshisaLIVE
4 years ago

Robbie Malinga Jnr on the hate & losing his dad

Here's the Robbie Malinga Jnr you might not know.
TshisaLIVE
4 years ago