Simz Ngema on Dumi's death: 'I felt like I was literally stripped naked, emotionally' 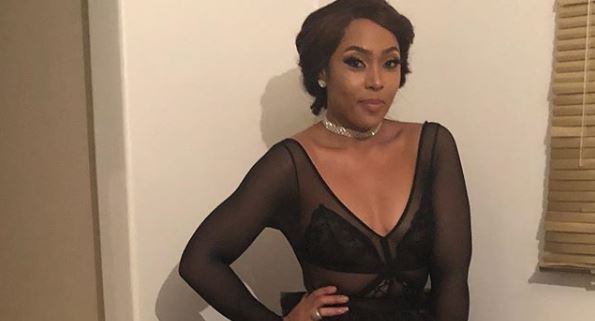 Sim Ngema has opened up about the pain of losing her husband and mourning in the public eye.
Image: Via Simz Ngema's Instagram

A heartbroken Simphiwe "Simz" Ngema was left feeling vulnerable and "stripped naked" for the whole country to see after the death of her husband, Dumi Masilela a year ago.

As those close to the Rhythm City actor remembered him on the first anniversary of his death last week, his widow told Afternoon Express she has had to mourn with the whole nation watching.

"I have lived this journey with everybody watching. I felt like I was literally stripped naked, emotionally, in front of the whole country. For me, I just had to live my truth and that is how I am healing."

Simz said she has been healing by learning to understand that she had to embrace the grief she was feeling, and also threw herself back into acting.

Simz revealed that she wrote a lot of her emotions and thoughts down during the mourning period and could one day release a book about her journey.

Simphiwe Ngema on Instagram: “💔 someone in me died with you on this...

The actress recently was thinking of taking off her wedding ring as she picked up the pieces of her life after Dumi's death.

"I promise to keep you safe and to one day give you to the woman who will be Kgosi’s heartkeeper. I will love you, forever and always."

One of Dumi's best friends, Thato Mabaso told TshisaLIVE that those close to the actor were devastated by his death and were still struggling to cope.

"None of us have really come to terms with it. We are all trying. But his spirit never died. It carried on inside us all."

A year later, a lot has happened but the void left by Dumi Masilela is still huge.
TshisaLIVE
3 years ago

Today marks one year since Dumi Masilela was shot and killed.
TshisaLIVE
3 years ago

The song is a love song from a young husband to his new bride.
TshisaLIVE
3 years ago

Simz Ngema opens up about letting go of her ring.
TshisaLIVE
3 years ago