US star Doja Cat's Mooo video has gone viral but Twitter is losing their minds over the fact that she's Yizo Yizo star Dumisani Dlamini's daughter. 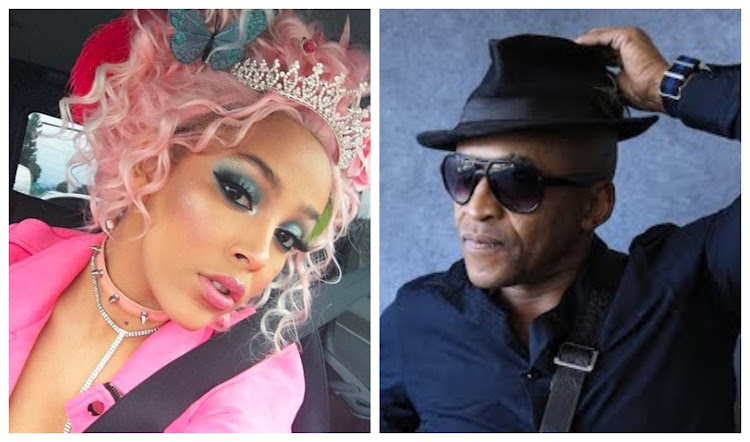 Dumisani Dlamini is a veteran actor best known for his iconic role as Chester in Yizo Yizo  (from the second season) but the recent discovery by Mzansi that he's also the father to US star Doja Cat left Mzansi impressed.

Doja Cat, a rapper who has worked with the likes of Nicki Minaj and has been compared to Cardi B dropped her video for Mooo! earlier this week that took social media by storm.

But here in Mzansi, it was the discovery that she's actually Dumisani's daughter that has dominated the timelines. Doja Cat's real name is Amala Zandile Dlamini.

However, Mzansi shouldn't be as surprised because a couple of month ago, Dumisani proudly shared this piece of information with TshisaLIVE.

In the exclusive interview, Dumisani shared his pride over his baby girl and said the world should look out for her rising star.

Dumisani said after the Sarafina! tour wrapped up he decided to stay in the States, where he fell in love with a Jewish-American woman called Deborah Elizabeth Sawyer, and started a family.

They had two kids together, one of which has turned out to be a well known singer.

Now... depending on your taste in music, Doja Cat will either get a "MOOD!" or "BOO" from you but ok'salayo girl is a star!

"Women are always seen as part of the makeup or wardrobe team only. It is time that more women step into directing or producing," says Lerato Marabe.
TshisaLIVE
3 years ago

Moneoa hits back at being called 'underrated'

Moneoa wants to make it clear that she's not here to "fit in".
TshisaLIVE
3 years ago