“No one can comment about her weight any more.” 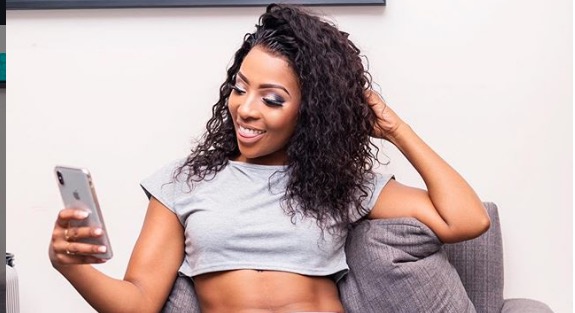 Since the crowning of the new Miss SA, Shudufhadzo Musida on Saturday, media personality Pearl Modiadie is glad former title-holder Sasha-Lee Olivier will no longer be dealing with body shamers.

The media personality shared her views on the amount of hate and body shaming Sasha received during her reign as Miss SA with people constantly commenting on her weight and making unnecessary speculation.

She took to Twitter and expressed how relieved she was for Sasha-Lee who would no longer be in the spotlight since handing over the crown to Shudufhadzo.

Sasha Lee is probably so relieved to be out of the spotlight now. No one can comment about her weight anymore & continue with the unnecessary speculations.

In June, Sasha-Lee slammed a “body shaming” City Press report, which speculated on whether she was pregnant.

Shortly after the article made the rounds on social media, the Miss SA organisation issued a statement disputing the claims. It said it would be taking legal action against the paper.

Sasha-Lee also responded to the article in an Instagram Live broadcast, saying she usually brushed “fake news” aside but she wanted to address the claims.

“I know I’m not pregnant. I know who I am. I am comfortable in my skin. It’s not even about weight. It’s about every girl that hasn’t felt comfortable or like she does not fit in. You don’t have to fit in. Just be yourself. That’s all and that’s enough.

“I’m so disappointed in the fact that we’re supposed to be building each other up but we choose to break each other down. I hope this is a teachable moment for every single one of you.”

“Three weeks post-partum and I’m starting to feel like myself again.”
TshisaLIVE
1 year ago

New mom Pearl Modiadie thanks SA for outpouring of love

"My heart is bursting with gratitude for my new chapter."
TshisaLIVE
1 year ago

Pearl Modiadie on welcoming her baby: Your father and I love you dearly

"I’ve longed for you. To finally have you here feels incredibly surreal..." Pearl said.
TshisaLIVE
1 year ago