OPINION | It's fine to disagree with Simphiwe Dana, but didn’t we just talk about bullying? 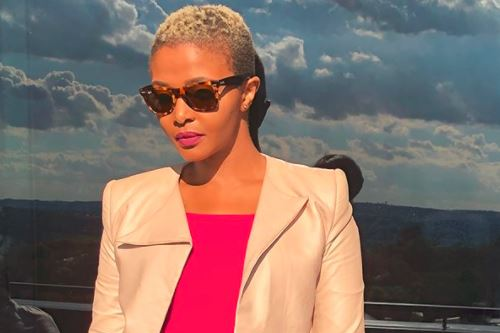 Bullying someone is wrong, regardless of if you think their opinion is correct or not.

You would have thought they would have told you this in nursery school already, but it seems some on social media were not listening.

Twitter has become a place for public discourse over the past decade-and-a-half of its existence. Being able to say whatever you want, whenever you want, is definitely a drawcard for the most opinionated members of our society. Even those who just want to observe the goings-on of SA’s online community gather upon the threads of tweets that fill our everyday lives.

But despite what you might think at first, it isn’t the safest place for your opinion. Of course you will have some disagreeing with your thoughts, it’s inevitable: pineapple isn’t supposed to be on pizza and Beyoncé is overrated. But with faceless interactions, many feel the need — and that they have the right — to attack and bully people for sharing their own opinions.

The internet has bred this culture of normalising attacking people for their opinions, or cyberbullying. Bamako musician Simphiwe Dana came to the TL with one these opinions recently.

The star declared that President Cyril Ramaphosa is the worst president we have ever had.

The singer-songwriter often weighs in on political issues — she hasn’t been shy to raise her voice in the face of what she considers injustice. And this isn’t the first time she has raised issue with the head of the nation. Earlier this month she claimed that the president doesn’t care about the arts.

It was sure to bring backlash. That’s the nature of politics: someone is going to get rubbed up the wrong way and panties will be knotted.

But what followed wasn’t just backlash, it was outright bullying from people of all walks of life who believed that they could attack the star for her views, under the guise of "it's my right to speak".

Thousands of tweeps were in the star’s replies coming for her, and not just her political opinions. People were labelling the singer "an alcoholic" and other vile comments to do with her sexuality and gender.

You are allowed to disagree, but is everyone too quick to forget the recently bullying conversations online?

A lot of people argue that it’s their right to voice their disagreement, no matter what it is. That’s true. It’s a constitutional right, we know that as citizens.

However, this freedom doesn’t give you the right to attack or verbally abuse someone for their opinion. The argument of, “I can say what I want, however I want” falls apart when you realise that that does not include the right to be hurtful, or bully someone.

We get it. You cherish your constitutional right to be an awful human, but why hurl that kind of negativity anywhere else?

We are living in tough times, a lot of things are out of our control and the cloud of negativity continues to loom over us. Bending over backwards just to be cruel to someone goes against every value instilled in us since childhood.

The internet forgets too easily

Witnessing umpteen people hurl attacks at Simphiwe felt like watching a fish swimming in circles, forgetting that it was at the exact same spot just 10 seconds ago. Are we so quick to forget Lufuno Mavhunga, the high school pupil mercilessly bullied by schoolmates, allegedly leading to her suicide? She wasn’t the first, she sadly won’t be the last, but her story touched the hearts of the nation.

There are many celebs, politicians and citizens who voiced their anger towards bullying. They emphasised how bullying is bad and how it can cause damage in the lives of others. But reading through the reactions to Simphiwe Dana’s sentiments made it seem like all that discourse, those millions of tweets in support of Lufuno, was in vain.

Bullying isn’t just a phenomenon that has taken over the playground, it happens to adults too: in the workplace, at home, and even among their own fans in reply to their tweets.

We can’t keep saying that we should be better people and then treat each other with complete disrespect.

Disagree to your hearts content! Personally, disagreement often helps me think of how I could be wrong. But don’t be an A-hole about it, it could have dire consequences.

"No one asked you for your false prophecies, nor do we care. We are busy,” tweeted Velile.
TshisaLIVE
1 year ago

'I want to be president': Fans defend Miss SA Shudu Musida amid backlash

Fans defend Makhadzi after barrage of hate over her 'looks'