“I always listened to Mi Casa growing up, so getting to work with them is absolutely amazing for me.” 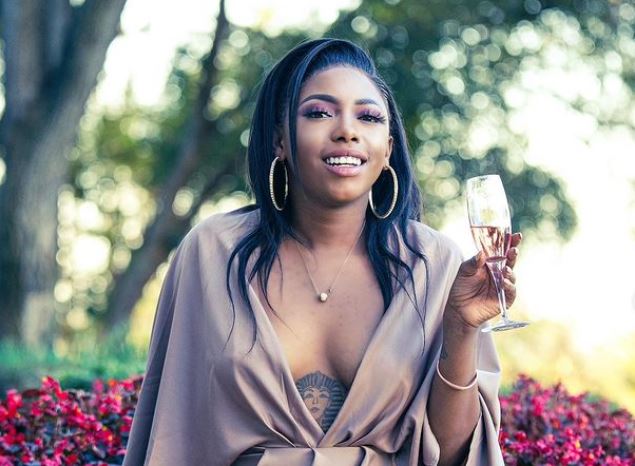 Rapper Gigi Lamayne was super excited to be part of the 'Missing You' remix.
Image: Instagram/Gigi Lamayne

Rapper Gigi Lamayne has been in grind mode and she's set to gift fans with a Mi Casa remake, which she believes will impress.

The rapper, who recently went through a traumatic hijacking ordeal, told her fans at the time that she didn't want the hijacking to overshadow the amazing work she's been doing in studio and she's finally decided to give fans a taste of what she's been cooking.

In an interview with TshisaLIVE, Gigi gushed over working with the legendary Mi Casa group.

“I always listened to Mi Casa growing up, so getting to work with them is absolutely amazing for me.

“What I love about Mi Casa is that they are a timeless group and make timeless music ... I think I'm one of the few female rappers they've ever worked with so they have no idea how much this means to me.”

The rapper went on to explain how the remake of Mi Casa's popular song Feeling You came about.

“The Feeling You remix came about when I was in studio because I felt that I don't have anybody legendary on the album and the album was already done, so it was then suggested to me that someone in the studio could reach out to Mi Casa and that the remix could become a reality.

“I also didn't want it to become a typical feature hence the remix conversation began. We eventually remade the song because it became a very hip-hop inspired song. So it's a remake of the song if it was hip-hop, like putting a twist into what it would sound like if it was a hip-hop song to begin with,” said the rapper.

Gigi said the fact that the song made her feel good, made it easier to write a verse for the song.

“Creating a verse for a song always goes with what I am feeling and what I put down on paper often reflects that. Does the song make me feel happy? Or sad? Do I stand out? Can I add more melodies? Who am I singing this to and how will they receive the message? It just comes to me, I'll often hear the beat and then write about it. It has everything to do with how it makes me feel and how the beat makes me feel ...”

The rapper said her fans should always be ready for her to give them a verse they'll love because she never compromises on the quality of her words.

“Everybody knows Gigi is sassy and she's nice with the words and punchlines. You never know what to expect because I never say the same thing twice.”

The song drops on Friday.

WATCH | Gigi Lamayne on alleged hijacking: I know my story is not an isolated one

"I told him to kill me before trying to violate me."
TshisaLIVE
4 months ago

16 Days of Activism: Gigi Lamayne, Lira and others shine the spotlight on GBV with new song

Four of SA's most talented musicians have joined forces to stand up against gender-based violence with a new song.
TshisaLIVE
9 months ago