Linda Mtoba pens poem to her post-baby bod: My body was a stranger

“We worked hard to get to know each other again. We worked even harder to love me again.” 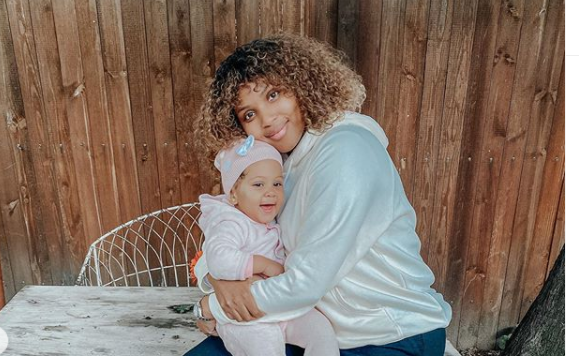 Actress and mother of one Linda Mtoba left many new mommies snapping their fingers in agreement when she opened up about the journey she's taken to get to a place as a new mom where her post-partum body doesn't feel foreign to her.

Sharing her first bikini beach snap on Instagram since becoming a mother, the actress penned a heartfelt poem sharing the challenges she faced with embracing her mommy bod and the inner conversation she's had to have to arrive at a place where she doesn't feel like she's living in a stranger's body.

Linda admitted that she was still a work in progress and though it took time before she could get to where she is, she was grateful she found herself after a season of feeling lost.

“So I wrote something. Took some time to get to this point in my post-partum journey ...” the poem began.

“I remember touching you and feeling a stranger. In the darkness I’d hold you hoping you’d feel familiar. I'd run my fingers down you and try to find traces of you, the old you but this was new. You weren’t there, I wasn’t there. So I took the time and reintroduced myself, tried to get reacquainted with this stranger my soul inhabits.

“So bruised, so stretched. So not me. It took a while but soon I could bear looking at her with the lights on. The grooves of her body started to feel familiar. My touch to her skin didn’t feel like strangers meeting.

“My reflection in the mirror became a familiar greeting. Where she smiled at me and I saw me. This body, my body, was a stranger. We worked hard to get to know each other again. We worked even harder to love me again. I found her, deep within the layers of my skin, I found her. I’m happy to be with her again, though bruised and scarred she remains,” her poem read.

Check out how beautiful she looks in the snaps below:

Linda Mtoba on mental health: I see and understand what a monster it is

"Who do you report it to that isn’t corrupt themselves?" asks Linda.
TshisaLIVE
1 year ago

Linda Mtoba says that she doesn't do campaigns without compensation

Consider the state of the economy, guys.
TshisaLIVE
1 year ago

"Reality is not every second person has a LV bag or Dior shoe or Hermès bag in the way IG will make it seem," said Linda.
TshisaLIVE
1 year ago