The biggest locust plague SA has seen in 25 years could cause international havoc if the country runs out of money to combat it, expert warns 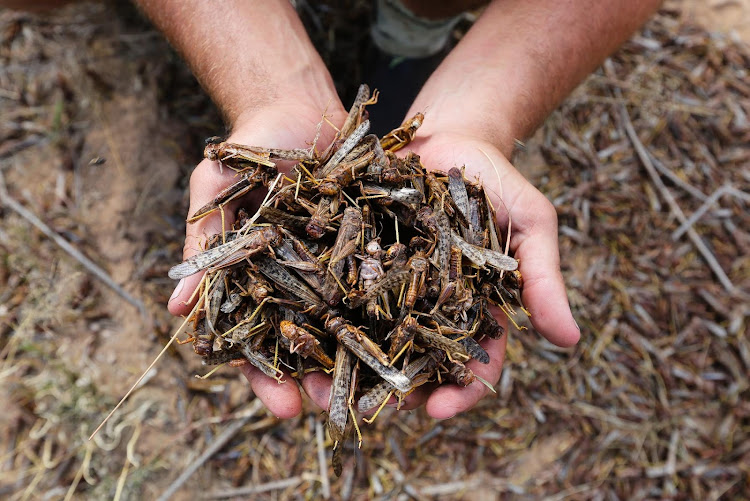 The biggest locust plague SA has seen in 25 years could cause havoc for farmers if the country runs out of money to combat it. This is according to entomologist and locust expert Dr Roger Price.

“This outbreak is of international significance. Some of the swarms are over a thousand hectares. They are 30km long when they are flying and they roost densely on the bushes.”

TimesLIVE Video witnessed the large swarms of locusts in the Eastern Cape between Graaff-Reinet and Uitenhage.

The biggest locust plague SA has seen in the past 25 years could cause havoc for farmers and local food supplies if we run out of money to control it. #sanewstiktok🇿🇦 @catwhitemedia

Price emphasised that the SA taxpayer was paying to keep the lid on the locust plague in the Karoo, without international funding or additional assistance.

“The costs are huge and this emergency situation is using up a lot of the budget. If money ran short in the country, and we were unable to control the locusts, then the whole of Southern Africa is at threat.”

Price congratulated the department of agriculture for tracking the locusts down but added new technology needed to be embraced.

“There are new graphic information systems for rapid mapping and for resource deployment. We need to modernise. We are a bit old-fashioned in the Karoo and we need to get with it and adopt new technologies which are available, but they are expensive.

“It is a concern that the SA taxpayer is paying a lot of money to keep the lid on the locusts in the Karoo,” he added.

Price said the brown locust plague in the Eastern Cape had been present for two seasons, but was expected to be around for at least three. Reports indicate that the outbreak started in September 2020.

They lay eggs in the soil. The egg beds are building up without anyone noticing this. Then we get good widespread rains and out everything pops

“The brown locust is well adapted to the dry Karoo environment. It lays eggs in dry soil, which sit there for many months, maybe even a couple of years, waiting for the right conditions to occur. Then with enough rain, there is a mass outbreak.”

There have also been reports that citrus farms in the Eastern Cape could be under threat from the locusts, but Price confirmed that the brown locust typically ate grass and farmers should be far more concerned about the threat to wheat and maize than citrus.

“They are generally controlled in the Karoo, to prevent them from flying out and damaging our food crops, our maize and our wheat.

“I think the farmers are happy they've got good rains this year, and I think the locust is a huge nuisance and concern but locusts are a minor issue compared to the drought.”

Price spoke of the challenges in monitoring the area the locusts inhabit. “It is a quarter of a million square kilometres, so it's a massive outbreak of mainly semi-desert which is very difficult to monitor. The locusts can occur anywhere in that area without being seen and they lay eggs in the soil. The egg beds are building up without anyone noticing this. Then we get good widespread rains and out everything pops.”

With winter arriving there is hope, he added. “Helicopters are spraying in the Eastern Cape at the moment. This is a very significant outbreak, but the winter is on our side. It's already colder in the Eastern Cape and so the swarms will sit a lot longer on the ground early in the morning and that means there is more time to control them.”

Minister of agriculture Thoko Didiza on Wednesday revealed that her department had spent more than R80m combating the latest brown locust outbreak ...
News
1 month ago

Agricultural experts say the situation is serious, though the full impact is still being assessed. Consumers, meanwhile, should expect high food ...
News
4 months ago

Swarms of brown locusts seen in parts of the Northern Cape

Large swarms of brown locusts could be seen in parts of the Northern Cape on Wednesday.
News
4 months ago