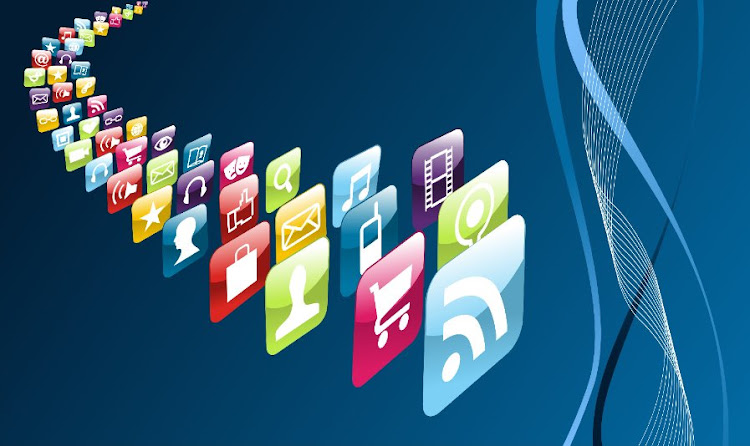 Social media used to be a source of light entertainment but lately, it has become a source of fear.
Image: 123RF/ cienpies

Social media used to be a source of light entertainment for Nora, a 47-year-old Zimbabwean domestic worker living in SA. But lately, it has become a source of fear.

As she scrolls through her Facebook, Twitter and WhatsApp, she finds posts blaming Zimbabweans for everything from crime and drug rings to corruption — the kind of xenophobic hate speech she worries could fuel violent attacks against migrants.

“People write that we should go home, that this is not our country, that we are bringing crime ... the messages spread so fast,” said Nora, who asked to use a pseudonym to protect her identity.

“These messages can lead to violence,” she told the Thomson Reuters Foundation as she ironed clothes in her employer's home in Johannesburg.

Nora is one of an estimated 180,000 Zimbabweans living in SA on Zimbabwean Extension Permits (ZEP) that are set to expire at the end of the year, after the government said last year they would not be renewed again.

Earlier permits were first rolled out in 2009 to help regularise the status of asylum seekers, refugees and migrants who had fled economic and political turmoil in Zimbabwe, giving them the right to live, work and study in wealthier SA.

The termination of the permits is being legally challenged by rights groups , who say there was no public consultation, and not enough notification.

LETTER | Driving out foreigners will not fix anything

With all that is going wrong, our survival instinct is to blame our neighbours.
Ideas
1 week ago

The decision is an attempt to appease voters before the 2024 elections.
Ideas
1 week ago

Anger towards foreigners — at a time of a slowing economy and rising unemployment — is being fanned by online campaigns like #PutSouthAfricansFirst and #ZimbabweansMustFall, social media experts say, calling on the platforms to do more to monitor and moderate hate speech.

“These digital spaces act as red flags whenever a xenophobic event is about to happen ... you feel the tone,” said Vincent Chenzi, a lecturer at the University of Zimbabwe's Department of Peace, Security and Society.

“There is very little moderation because these narratives are shared in echo chambers, often in vernacular languages, so they fly beneath the radar,” said Chenzi, who has been researching online hate speech since 2016.

Twitter said its trained teams review and respond to reports at all hours in multiple languages, adding that 50% of abusive content is “surfaced proactively for human review, instead of relying on reports from people using Twitter”.

Meta, Facebook and WhatsApp's parent, said in response to a request for comment that it would soon announce an update on its regular threat reporting.

Social media platforms have come under increasing pressure for failing to curb online hate speech that activists say has led to violence against the Rohingya in Myanmar and ethnic minorities in Ethiopia.

Xenophobic violence in SA has largely been directed at Malawian, Zimbabwean, Nigerian and Mozambican migrants and refugees in the country since 1994, rights groups say.

But as social media has grown in popularity, online spaces can signal that physical attacks may be on the rise, and sometimes be used to incite them, said Chenzi.

“Our infrastructure was devastated by Zimbabweans, and now our health system is failing because of this alien,” reads one tweet from late July.

“South Africans must rise and defend their motherland from these rascals from Zimbabwe,” reads another .

Street protests and patrols — such as those led by the recent Operation Dudula, meaning “to push back” in the isiZulu language — also blame foreigners for crime and other problems.

Last month, Elvis Nyathi, a Zimbabwean who was living in the Johannesburg township of Diepsloot, died after being assaulted and set alight, prompting human rights groups to demand the enactment of a long-delayed hate speech bill drafted in 2016.

“Elvis's brutal murder happened after several inflammatory statements targeting non-citizens, by representatives of political parties and vigilante groups,” the University of Pretoria's Centre for Human Rights said in a statement.

Online disinformation and hate speech is rife in other parts of the continent too, from Kenya to Ethiopia to Ghana.

Ahead of Kenya's hotly contested Aug. 9 election, researchers have found platforms such as TikTok, Facebook and Twitter are awash with harmful content, including the incitement of violence against ethnic communities.

Last week, Kenya's ethnic cohesion watchdog said it had given Facebook seven days to tackle hate speech and incitement relating to the election, failing which it would be suspended.

But both Interior Minister Fred Matiang'i and Technology Minister Joe Mucheru have dismissed the ultimatum.

“We work in a democratic set-up and we will not interfere with social media,” Matiang'i said in a speech on Saturday.

Meanwhile in Ghana, rights campaigners say they have seen a surge in hate speech against LGBTQ+ people, after a draft law making it a crime to be gay, bisexual or transgender was introduced in parliament last year.

Campaigners say the draft law has stirred up homophobic sentiment both offline and online, with increased reports of discrimination, harassment and physical attacks against LGBT+ people.

“Now, even the digital space is not a welcome place for the LGBT+ community,” said Danny Bediako, founder of Rightify Ghana, a human rights organisation.

Moderation processes fail to understand specific cultural and societal contexts, and lack of knowledge of local languages and dialects, allowing problematic content to spread quickly and be amplified with potentially serious consequences.

Online platforms should monitor any surge in hate speech and notify the government, without silencing healthy dissent or debate, Chenzi said.

In Johannesburg, Nora fears online hate speech will lead to further divides, hindering any efforts to tackle discrimination and abuse.

“People need to stop shouting and abusing online; we need to have conversations in real life, to understand who we really are.”

‘All countries need to take responsibility for their citizens’: Lindiwe Zulu on immigration

"You were saying maybe we are sending Zimbabweans back to starve. As the ANC, we believe all countries need to take responsibility for their ...
Politics
3 weeks ago

Thousands of low-skilled Zimbabwean nationals are finding it difficult to qualify for visas and many believe the SA cabinet's decision to do away ...
News
4 weeks ago

Home affairs minister Aaron Motsoaledi has hit out at the Helen Suzman Foundation for launching a court action against his decision not to extend ...
News
1 month ago