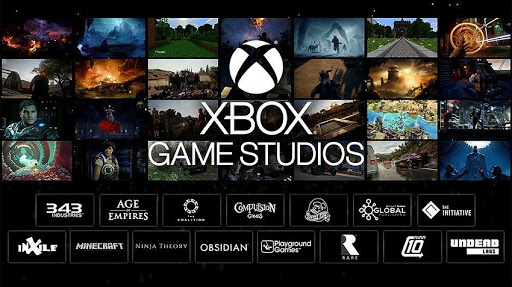 Microsoft CEO Satya Nadella says the company will always have its eyes open for game studios to complement its near-mint collection.
Image: Supplied

Money. It’s beautiful to hold in your hand or gaze at on a computer screen, and we can never have enough of the stuff.

Microsoft, on the other hand, doesn’t just have a coffer of cash so huge that it would give Scrooge McDuck a fatal rush of blood to the crotch if the tight-fisted bastard ever gazed upon it, it has the drive to actually spend its resources.

A chunky cheque was written this week when Microsoft purchased ZeniMax lock, stock, and barrel for $7.5bn (R126.85bn), netting several game studios and franchises in the process.

That brings the number of studios under the Xbox umbrella up to a whopping 23, and positions the Xbox brand as the powerhouse home of western RPGs, thanks to the particular flavour of studios that it has gone after. That’s a lot of talent, all working together to craft first-party games for Xbox — but Microsoft isn’t done yet with its latest buying spree.

Speaking to CNET, Microsoft CEO Satya Nadella said the company will always have its eyes open for any other game studios that could complement its near-mint collection: “We’ll always look for places where there is that commonality of purpose, mission, and culture. We will always look to grow inorganically where it makes sense.”

“Content is just the incredible ingredient to our platform that we continue to invest in,” Xboss Phil Spencer added. “This doubles the size of our creative organisation.”

Microsoft has spent over $10bn (R169.17bn) on acquiring game studios over the last couple of years, which in addition to the Bethesda goody bag also includes a $2.5bn (R42.29bn) purchase of Mojang, Double Fine, Ninja Theory, Compulsion, inXile, and Obsidian.

The only thing missing from the collection right now is a Japanese studio, which Spencer commented on in 2019.

“I think it would be nice if we found an Asian studio, in particular a Japanese studio, to add to our studios,” Spencer said back then.

I’d suggest looking at Konami for a future addition. The famed maker of pachinko machines has a number of intellectual properties which would be a great fit for video games, if Microsoft could see the value in them.

As part of the PlayStation 5 Showcase livestream event, Call of Duty: Black Ops Cold War showed off some of the first campaign mission “Nowhere Left ...
News
1 year ago