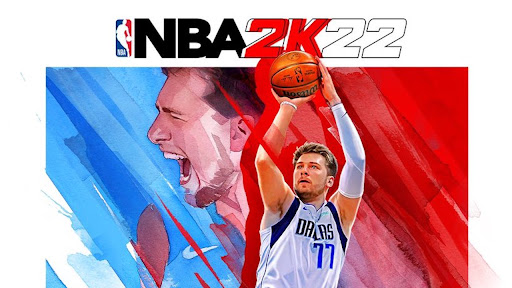 Not much has changed with NBA 2K22, it’s the same fun just a different year.
Image: Supplied

Despite being 6’4 and having a decent 3 point shot back in my high school, I never took on the sport of Basketball. Every encounter with someone the first interaction is ‘Wow you’re so tall’ and then followed by the ever so haunting question ‘Do you play Basketball?’ to which my response is ‘No, I play Video Games.’

Now you’d think the NBA 2K series would be one of them but not so much. I’ve had my days where I’d play the game with my siblings just because we had it lying around but I never got hooked. Maybe because I’m not entirely a sports fan but I am very competitive and with my youngest brother getting better at the game every day so did the trash talking and that I couldn’t let slide.

Fast forward to today and we’re greeted with the latest game in the series, NBA 2K22.

Where I’m coming from, I had a brief moment with NBA 2K19 which I enjoyed but gave up as soon as I got better than that trash talker.

Before I could give this game a fair review I had to quickly brush up on my skills. Greeted by the amazing soundtrack (they never miss in this department), I headed straight to the NBA University and got my basic moves down. I suggest you do the same if you’re a noob like me.

Noob Tip: Make sure you get your Pick & Roll, Post-Up & Defence game on point. You’ll thank me later. The gameplay feels buttery smooth, giving you that fast-action packed feeling that comes with the game of basketball.
Image: Supplied

Now that I could take my training wheels off, I headed straight to my first game (Quick Play) and dare I say not much has changed. Except for the classic through-the-head-glitch from the crowd, everything seemed to be the same. Graphics-wise I didn’t see much of an improvement (mind you I am playing on the PS5), pretty much the same look and feel we’ve been getting in the last few years. The basketball courts are really well rendered, they look incredibly real but that’s about it.

This is one of those games with a lot of moving variables, which require you to be on a mental overdrive and solve multiple problems all at once. Every now and then there is the odd limb that suddenly disappears and reappears off players during cutscenes, not sure what to make of that, maybe it’s just a thing I need to get used to?

The gameplay feels buttery smooth, giving you that fast-action packed feeling that comes with the game of basketball. Every bucket is accompanied by an overly satisfying sense of achievement after putting in the work of driving into the paint, past a sea of giants. Once you get into it, it’s very hard to snap out of it. Accompanied by solid commentary, a reactive crowd and a plethora of cutscenes (you’ll eventually just start skipping through these to speed things up) in between matches, the game really manage to immerse you into the world of 2K, which I love.

Those little cut-scenes in between games are a nice touch as per normal but if you’re finicky like me you’ll get annoyed by the out of sync mouth movements which will make you question why they even bothered putting them in there in the first place. That’s just me though.

Now onto the oh so beloved My Career mode.

After getting my head scanned with the My NBA2K22 app, and receiving a not so convincing recreated image, I gave it another shot and my virtual player was created, I started My Career. I was immediately dropped into this seemingly open but not so open world which serves as a hub for players online to meet and interact. You can skateboard around if you don’t feel like walking.

The story of MP (the name allocated to your My Career player) is captivating, the rise to glory aspect will have you investing hours into the game to see MP make it from the G League to the NBA. The story is filled with options that you need to make that ultimately affect your career path, branding and fan base. It’ll keep you busy and unlike other career modes will have you motivated to continue this journey, not just for character progression but for the story too.

I’m by no means a gamer that looks at a game technically, although I find myself being a very competitive person amongst my friends, I’d never go pro and compete on an esports level. I don’t look for game mechanics and how technically good it is, I just want to know whether it’s a fun pastime, does it have replay value and did I get my money’s worth? And the simple answer to all the previous questions is yes.

I never had a chance to check out all the other features but if I’m being frank I don’t think I ever will. I’m very aware that with certain games there are certain modes that matter to me and nothing more and I will simply purchase the game for those specific features.

If you wish to explore the others feel free and let me know which ones I may have missed out on but for now, I’m happy grinding My Career and a few quick exhibitions with friends and family.

I’ll continue exploring the world of NBA 2K22 and maybe we’ll revisit this conversation in a few months to catch up on how we feel about it? Till then, let me know what you think about it. In the meantime, let me find my little brother, we need to settle a few things on the court.

NBA 2K22
BOTTOM LINE Not much has changed with NBA 2K22, it’s the same fun just a different year. If you liked last year's game then you’ll like this one, but are the updates good enough to make you shell your hard-earned rands?
PROS Once you get the hang of it, it’s hard to get out Gameplay is solid Music selection is point
CONS Too many glitches Loading times are long

Now I’m not saying coal is useless! God knows that Eskom sure could use a lot more of it, I’m just saying it’s not the golden nugget you thought it ...
News
7 months ago

We find out what it takes to develop and market your own game in South Africa.
News
8 months ago

There’s a lot to love when it comes to Existensis, but one of my favourite details has got to be the music.
News
8 months ago

The ATK Arena Counter-Strike team is on a bit of a streak since they arrived in Mexico.
News
7 months ago