WATCH | Unlikely besties: Mia the cat cuddles up to Emilka the rhino 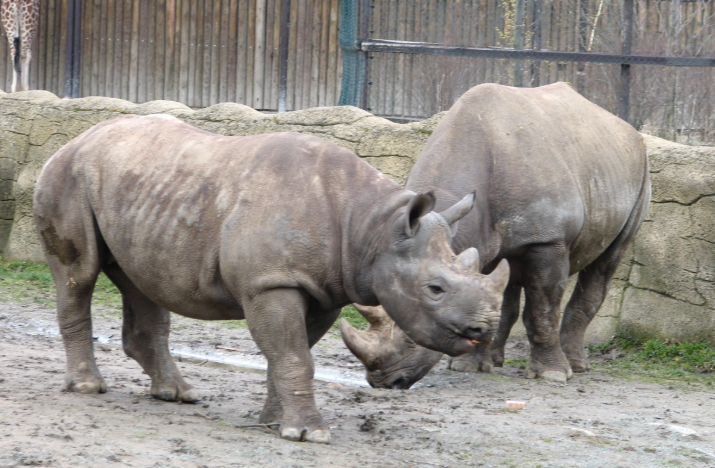 Mia the cat had part of her tail bitten off by a rhino when she was just a kitten, but she got over it and now her best friend is Emilka the rhino.

National Geographic reports the two live at the Dvůr Králové Zoo in the Czech Republic, where they spend time together every day.

The zoo says it breeds more than 40 species of large African ungulates, such as rhinoceroses and giraffes.

"Apart from its breeding activities, the zoo also supports in situ projects aimed at returning animals to their natural habitats."

The zoo has been "instrumental in saving species from the brink of extinction", according to National Geographic.

Video by Ami Vitale @amivitale | Mia and Emilka are best friends. Mia, the kitty, had her tail bitten off by a different rhino when she was a little thing. But she persisted, kept her heart open, and one day found true love with a rhino named Emilka at Dvur Kralove @safariparkdvurkralove in the Czech Republic. Mia and Emilka look forward to seeing each other every day. It's beyond sweet. @safariparkdvurkralove is the same place where the last northern white rhinos came from for their transfer to Kenya's @olpejeta Conservancy. The people here have been instrumental in saving species from the brink of extinction. ️️️Learn how you can get involved by following @amivitale @safariparkdvurkralove & @olpejeta #WorthMoreAlive #DontLetThemDisappear #rhinos #saverhinos #catsofinstagram

A woman who pushed an old man off a bus after he told her to "be nicer" has been charged with his murder.
News
3 years ago

The stunning moment a brave businessman fought off armed robbers with his bare hands was caught on camera.
News
3 years ago

"Oh my god, it's still alive!"
Lifestyle
3 years ago