Day Zero - business has a plan for Cape Town 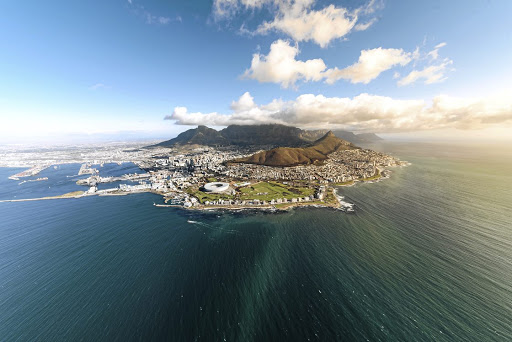 Chemical toilets in the basement‚ hauling your own water to the office and working in shifts so staff get time to queue at water collection points.

These are some of the interventions being planned by businesses in Cape Town to keep their doors open after Day Zero.

Cape Chamber of Commerce and Industry president Janine Myburgh said on Wednesday that the general consensus among city businesses was that there had been “too much water politicking and too little sound planning”.

The chamber conducted a survey of businesses on the effects of the water shortage and asked what they would do in the event of Day Zero.

The majority of those surveyed believed the water crisis was a threat to their businesses.

“It is clear that businesses in Cape Town believe that there has been too much water politicking and too little sound planning‚” said Myburgh.

“The one bright spot in the responses is the extraordinary efforts businesses are making to provide for their own needs and to prepare for the possibility of a Day Zero‚” she said.

“Business clearly has more faith in rain water tanks‚ boreholes and new technology than in conventional water supplies. The feeling is that the authorities have done too little too late and the only solution now is a major desalination plant rather than the small ones the City has proposed.”

Two farming towns in the Eastern Cape might have their Day Zero sooner than Cape Town. The only dam supplying the area is at a critical level‚ while ...
News
4 years ago

The survey revealed that a significant number of businesses – although the exact number was not provided – had more than halved their water consumption.

Plans to deal with Day Zero included chemical toilets‚ asking staff to bring their own water to work‚ stocking up on bottled or tank water and drawing water from springs. Some companies had arranged to import water from other areas. Many said they planned to work in shifts so that staff would have time to queue at water points.

Companies planned to augment their supplies by harvesting rain water‚ resorting to boreholes and well points while others were using recycled water from the city. A smaller number of businesses were harvesting water from air or planning private reverse osmosis desalination plants.

How to avoid 'bucket back' in the water crisis

Even if you are a glass half-full person‚ one of the tricks to coping with Cape Town’s water crisis is to keep your bucket half-empty.
News
4 years ago

Myburgh said the water crisis was afflicting the continent’s top tourist destination and would reduce revenue when the city had to boost spending to ensure supplies. Agriculture would also suffer‚ leading to lower employment and reduced tax collection for the government.

Other concerns flagged were threats to public health from poor sanitation and‚ more generally‚ to social order.