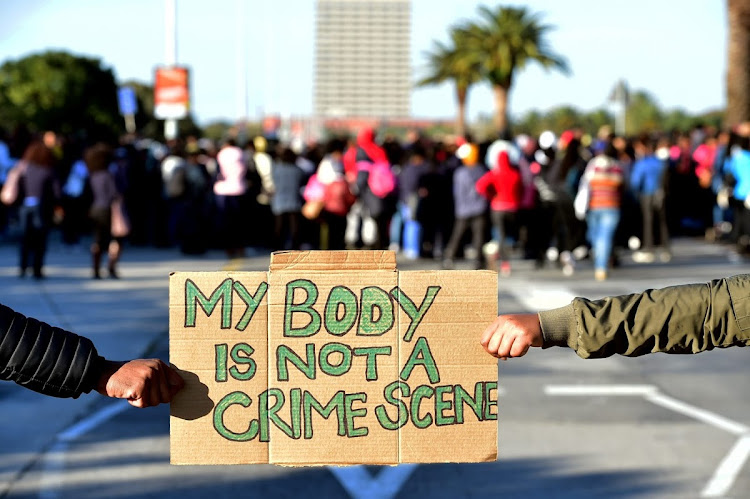 MEC Weziwe Tikana revealed that the police have not used a single DNA collection or rape kit this financial year.
Image: Eugene Coetzee

Rape victims will not be left without hope‚ the Eastern Cape police have said – despite the province’s safety MEC admitting a severe shortage of rape collection kits.

In official written responses to the Democratic Alliance (DA) last week‚ MEC Weziwe Tikana revealed the police did not have a single DNA collection or rape kit on hand.

“[The] shortage is a national challenge and not isolated only to the Eastern Cape‚” Tikana said.

The responses are signed off by the police’s provincial head of finance and administration‚ Brigadier T Mjali who said the numbers are “correct and verified with the offices”.

It was a situation the DA’s Bobby Stevenson described as a “shocking betrayal of the rights of women”‚ and one that could see perpetrators of violent crimes – especially rape – go free and their victims denied justice.

Police in the Eastern Cape have not used a single rape kit in the current financial year due to a “shortage”.
Politics
3 years ago

In response to media articles and to the MEC’s answers‚ the SAPS denied that the situation would result in denied justice. It said that the information provided to Tikana was “incorrect”‚ and that an investigation was being launched into how this information had been given.

The office of the provincial commissioner‚ Lieutenant-General Liziwe Ntshinga‚ said: “This office would like to assure all communities of the Eastern Cape and in particular the victims of the alleged crime‚ that they cannot and will never be denied justice as alleged in the media. Perpetrators of crime will never be allowed to roam the streets when they have been identified to have committed such crimes. This is irrespective of the reasons and any circumstance including the shortages of crime kits.”

The statement continued that the SAPS “may from time to time experience shortages of the alleged apparatus”‚ but that “the victims of crime have never gone without the necessary care and use of these kits”.

“Therefore‚ any suggestion that people of the Eastern Cape are being betrayed is an exaggerated version of events. There is absolutely no crisis of huge proportions and the SAPS is not under resourced as alleged. Its personnel are well trained and capable of dealing with all sexually-related crimes and others‚” the provincial commissioner said.

An Inanda teen who had her virginity stolen from her by convicted serial rapist Mthoisi Mthoba Mnyandu is one of thousands of damaged women from what ...
News
3 years ago

“My office would like to re-assure the people of the Eastern Cape that while the process of procurement is pursued‚ service delivery will not be compromised and therefore the situation is under control.”

However‚ experts have said that any shortage of rape kits could have a profoundly negative impact on the police’s ability to solve crimes.

More rapists were likely to go free when there was no evidence and victims were vulnerable to character assassinations because of these shortages‚ University of Witwatersrand (Wits) gender violence specialist Lisa Vetten said in the wake of the information provided by Tikana.

“When you remove DNA‚ then you can start asking questions [of the victim] about how good is your eyesight? How dark was it? How drunk were you? How much did you see? How good is your memory about these things? So you then [as a perpetrator] take the chance in pleading not guilty and going ahead with the trial and potentially being able to walk‚” she said.

“Somebody can continue a lot longer because you haven’t got the DNA to pick up that these five cases are related‚ so you then have a situation where five different detectives are investigating cases and not sharing information.”

“Before that used to be done by us‚ because we used to take blood samples as the doctors or the nurses.”

Josias said they recently learned some suspects were released because the police did not have the kits to gather evidence to keep suspects behind bars before their trial.

The Medical Research Council (MRC) released a report in October last year titled ‘Rape Justice in South Africa’ for the National Prosecuting Authority (NPA)‚ which found that perpetrators were twice as likely to plead guilty if authorities had DNA evidence. It also revealed only 8% of rapists brought to court are convicted. The research was the first of its kind and examined 3‚952 rape cases reported in 2012 across South Africa.

It found that in just under one in four adult rapes (23%)‚ evidence-collection kits were not sent to the police forensic science laboratories. In more than half (57%) of cases involving children aged 12 to 17‚ the police did not send the evidence kits to the forensic laboratories.

“Cases in which there was isolation of DNA samples by the Forensic Science Laboratory had a 77% greater likelihood of having a guilty plea‚” the report said.

Police commissioner General Khehla Sitole said on Tuesday‚ during the media briefing on the 2017/18 crime statistics‚ there was no shortage of DNA collection kits.

“There has been a reduction of stock levels‚ but not a shortage of DNA [collection] kits at the police stations.”

The 29-year-old Zwide man who had been charged with 12 counts‚ including the rape of a Nelson Mandela University (NMU) student on campus last ...
News
3 years ago

However‚ just a few months earlier on May 30‚ national police spokesperson Brigadier Vishnu Naidoo said in a media statement that some police stations had shortages.

He said at the time two tender bids to supply evidence collection kits did not meet the specifications. The third supplier qualified but was under criminal investigation.

“In the meantime‚ to avoid a total lack of these resources‚ the police have embarked on a procurement process through a quotation basis. In the process‚ we have identified some companies and we are currently assessing their suitability to provide the required evidence collection kits.”