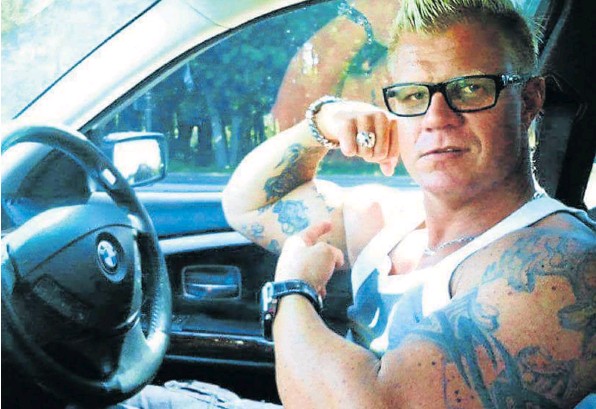 Andrew Turnbull has been accused of assaulting his ex-girlfriend.
Image: Facebook

Just as Andrew Turnbull’s bail application was meant to wrap up in the Randburg Magistrate’s Court on Friday‚ the lawyer representing the man who was filmed allegedly beating his ex-girlfriend said they wanted to apply to have their case re-opened.

Turnbull’s lawyer Nardus Grove said he was in possession of a 15-minute audio recording that they wanted entered into evidence. Details of the recording were not provided.

But as the prosecutor in the matter was absent from proceedings‚ a ruling could not be immediately delivered.

The case was postponed to Tuesday.

The man accused of assaulting his ex-girlfriend in a video that went viral, also threatened the woman's ex-husband, the court was told on Wednesday.
News
3 years ago

Turnbull cut a lonely figure as he sat in an almost empty courtroom‚ wary not to turn and look to his left where his alleged victim sat next to her father.

Dressed in a black shirt‚ he looked straight ahead as his matter was debated and quickly concluded for the day.

The Eastern Cape-based Turnbull is applying for bail in Johannesburg ahead of his trial on the charge of assaulting his ex-girlfriend‚ Chere Gray.

The filmed assault showed her in a choke-hold before being tossed aside by Turnbull.

The video‚ which has already attracted over 114‚000 Facebook views‚ was played to the court on Wednesday as well as several recorded telephone conversations between Turnbull and Gray’s ex-husband.

Video footage has emerged of Andrew Turnbull grabbing his ex-girlfriend, Chere Gray, by her hair and physically assaulting her. The video of the assault went viral on Facebook, with more than 114 000 views. The video was was played in court on Wednesday October 3 2018 and later shown to a TimesLive reporter. Subscribe to TimesLIVE here: https://www.youtube.com/user/TimesLive

Earlier this week‚ the court had heard that Turnbull had threatened the woman's ex-husband. Evidence of this was presented to the court through an expletive-laden phone call that was recorded.

Turnbull was also seemingly caught up in some untruths during his bail application‚ including that the state discovered that he still held a valid passport despite him telling the court it had expired.

The court was also told on Wednesday that he lied about being employed. An affidavit from his alleged employer‚ read out in court‚ confirms that the man had never hired Turnbull.

Turnbull would work in the family business as a salesman if the court releases him on bail.

This was according to his father Michael Roy Turnbull‚ whose affidavit was read out.

“I would like to state that he [Turnbull] will be working for me in our family business in Port Alfred as a salesman‚” the affidavit said.

Andrew Turnbull‚ accused of assaulting his ex-girlfriend‚ will have to spend another weekend in jail after his case was postponed in the Randburg ...
News
3 years ago

Turnbull was first arrested on August 21. He was charged with possession of drugs and ammunition‚ despite having been declared unfit to possess a firearm.

He made a successful bail application and was released on R5‚000 bail‚ with his next court date in the matter set for October 30.

A miscommunication between the NPA and SAPS resulted in the Gauteng prosecutor being unaware that a warrant of arrest had been issued for Turnbull in East London at the same time.

However‚ the police declined to execute the warrant‚ with East London police spokesperson Hazel Mqala saying they were instructed not to do so as Turnbull did not have a firearm “in his name”‚ only a gas pistol.

Another warrant of arrest against him on a fraud-related matter was cancelled at the Sandton police station after he settled the issue out of court.