Yet another Cape Town informal settlement ravaged by fire 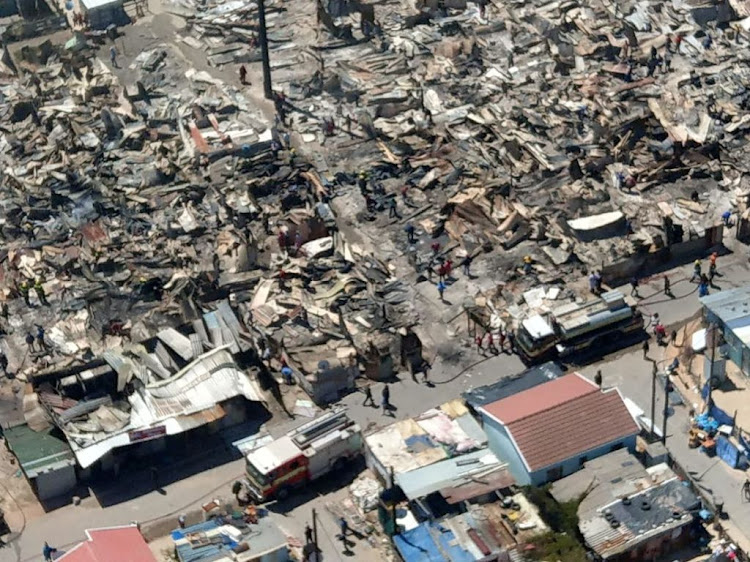 The aftermath of the fire at Khayelitsha on Saturday, October 20 2018, that displaced thousands of people.
Image: City of Cape Town

Spokesperson Mandy Thomas said about 1‚400 people had been affected by the blaze.

City officials were still on site assessing the damage‚ she said.

Meanwhile‚ the centre has confirmed that 342 structures were destroyed and 1‚355 people displaced by the devastating fire that ravaged the informal settlement of Silver Town‚ Khayelitsha‚ in the early hours of Saturday.

One person is understood to have died in the fire.

“City services are still on scene and the informal settlements department is busy issuing kits for people to start rebuilding their homes. The SA Social Services Agency has been‚ and will continue providing humanitarian relief. Donations have been pouring into the Khayelitsha fire station from concerned citizens. The city wishes to thank everyone for their willingness to help‚” Thomas said.

A raging inferno killed one person‚ destroyed hundreds of shacks and displaced about a thousand residents in SST Section‚ Khayelitsha on Saturday ...
News
3 years ago