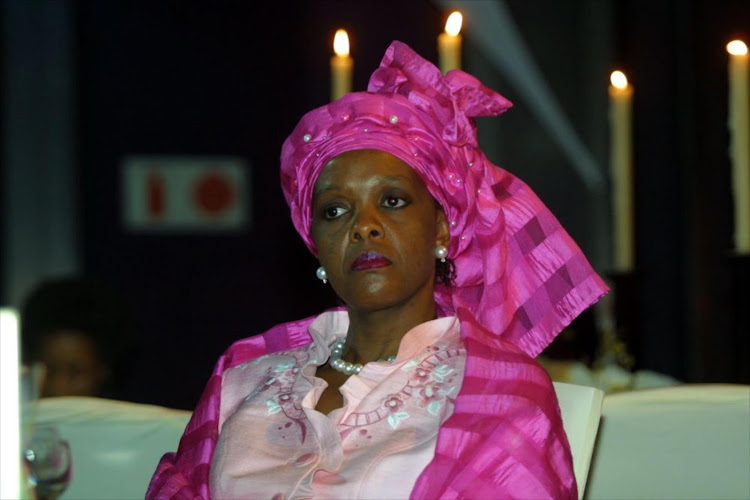 South Africa’s National Prosecuting Authority (NPA) has issued an arrest warrant for the former first lady in connection with her alleged assault of model Gabriella Engels, who was partying with her sons at a hotel in Johannesburg in 2017.

While charges were laid‚ Mugabe was controversially allowed to leave the country after the South African government granted her diplomatic immunity. That decision was overturned by the high court in July after Engels appealed the decision.

Lobby group AfriForum revealed the existence of the warrant at a press conference on Wednesday.

As a member of the international police body Interpol, Zimbabwe has an obligation to hand over Mugabe for prosecution. But the country’s deputy information minister Energy Mutodi said the former first lady was unlikely to be extradited because “we believe she enjoys the diplomatic immunity accorded to diplomats,” he was quoted as saying on Wednesday in NewsDay.

“We will not smile on any attempt to embarrass, ill-treat or diminish the image of former president Robert Mugabe or his immediate family members,” he added. "An attack on Grace Mugabe is an attack on the former president. President Mugabe is our founding father and liberation icon and his misery is undesirable to us."

Mutodi told Reuters that Zimbabwe would not extradite Grace as this would constitute “harassment”.

NewsDay quoted Harare lawyer Wilson Manase, who has represented Grace before, as saying he had no instructions to represent her. “It is likely that she has legal representation in South Africa,” said Manase.

Gabriella Engels’ mother Debbie Engels told TimesLIVE in July: “I told my daughter that no matter what happens‚ I’m proud of her. Whether this case goes to trial or not‚ she stood up for herself - and she showed other people how to stand up for themselves.

“I always tell her: you don’t need an elephant to take down another elephant. You only need a mouse. She has shown that.”

The South African government has accepted a court ruling that the diplomatic immunity granted to former Zimbabwean first lady Grace Mugabe was ...
News
3 years ago

Getting former Zimbabwean first lady Grace Mugabe to appear before a South African court will be a difficult‚ if not impossible‚ feat. **EMBARGO‚ ...
News
3 years ago

The mother of the model who was allegedly assaulted by Zimbabwe’s First Lady‚ Grace Mugabe‚ said claims that her daughter attacked Mugabe are "utter ...
News
4 years ago