A 23-year-old woman says she is considering suing the police after allegedly being arrested while sitting on a bench in Sea Point, Cape Town. She said she was taken to Sea Point police station, where she spent a night.

Cape Town mayor Dan Plato has urged a woman who was allegedly wrongfully arrested while sitting on a bench in Sea Point to lodge a complaint with the Western Cape police ombudsman.

And police have confirmed that the circumstances surrounding her arrest, and incarceration for a night, are being looked into.

Esethu Mcinjana, 23, said that she was arrested while waiting for a job interview at a nearby hotel on May 19. Police accused her of being involved in car break-ins when they found a remote in her handbag and she spent the night locked in a cell.

A 23-year-old Blue Downs woman is considering suing the police after being arrested while sitting on a bench in Sea Point and then being locked in a ...
News
3 years ago

Plato said in a statement on Friday that the city had already reported the matter to the ombud for a full investigation.

"I would like to urge Ms Mcinjana to please contact the ombudsman's office and personally report her unfortunate incident for investigation," he said.

"From the video that has been posted online and the claims that have been made by Ms Mcinjana I am concerned about the alleged conduct of the SAPS. While the police have a duty to protect our communities they also have a duty to conduct themselves professionally and to treat all suspects respectfully." 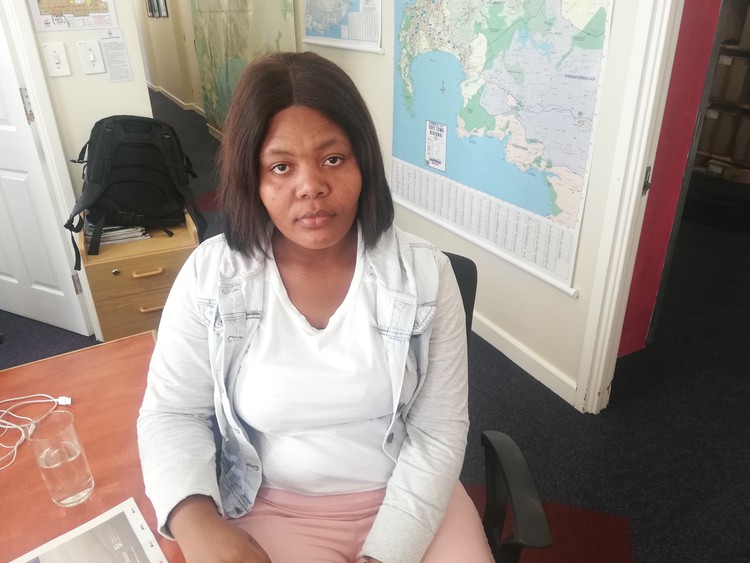 Not only did Esethu Mcinjana spend Sunday night in a police cell, she missed her job interview and a chance at employment.
Image: Ella Ndongeni, GroundUp

The city has no authority over the SAPS, which is a national government entity.

Western Cape police management confirmed, in a statement on Friday, that an investigation had been launched into the incident.

"The investigation is led by a senior official from the Cape Town cluster. Once it is finalised, details will be made known," said the statement.

"The SAPS wishes to reiterate its commitment to upholding the constitution of the Republic of South Africa that espouses the principles of human rights.

"In addition police officials are expected to abide by the tenets of the SAPS code of conduct that speak to the treatment of everyone in a humane manner. If any police official is found to have transgressed any of the aspects cited above, decisive action will be taken."

While her bag was being searched, Mcinjana took photographs of the police who arrested her.

Said Plato: "It must be stated that members of the public are not prohibited from taking photos of uniformed law enforcement personnel. The city’s mayoral committee member for safety and security, alderman JP Smith, has previously circulated a memo reminding the city's own law enforcement officers that it is within the rights of members of the public to take photos of staff in their uniforms.

"I would like to urge the national government to do the same for its law enforcement personnel. The city is an inclusive and caring city and we cannot allow our residents to be treated disrespectfully," said Plato.

Mcinjana said she was considering suing the police.

Three men were arrested on Thursday in connection with the murder of Cape Town attorney David Mbazwana.
News
3 years ago

Four police detectives faced a charge of corruption on Wednesday after allegedly conspiring to get an assault case against one of them dropped in ...
News
3 years ago

Sergeant and two accomplices arrested for stock theft in Limpopo

A police sergeant and two accomplices were arrested in Musina, Limpopo, on Tuesday for alleged stock theft after cops seized a bakkie full of meat.
News
3 years ago