‘What happened to her body parts?’ asks father of mutilated student 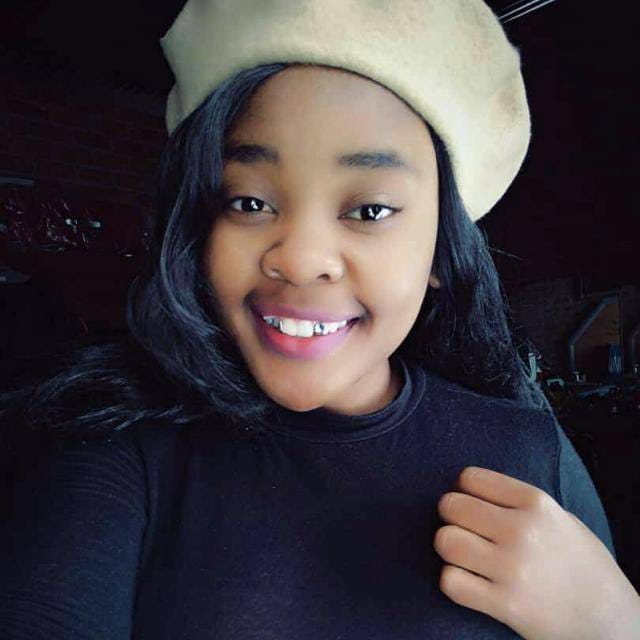 Naledi Lethoba, a student who was found murdered and mutilated in an open field in Dagbreek, Welkom, last month.
Image: Supplied

The parents of Naledi Lethoba, a student who was found murdered and mutilated in an open field in Dagbreek, Welkom, last month, say the family has not recovered from the trauma of losing their first-born child.

"We're not happy. Her body parts, what happened to them? Yes, we buried her, but she was not complete. We don’t know why or where her breasts were taken," said Lethoba's father, Sam Nyakane, in a trembling voice.

Lethoba's body was identified by her family on May 24 and she was laid to rest on June 1.

Nyakane said it was heartbreaking to bury her daughter - but worse still that she was mutilated.

"What is most hurtful is that we did not get to see her for the last time, as it is normally done when a corpse is brought to a family," said Nyakane.

The family said Lethoba's body had been burnt beyond recognition and, as a result, the mortuary had recommended that the coffin not be opened.

Lethoba's suspected killer, Obed Leshoro, 19, appeared at the Welkom magistrate's court on Friday. He was expected to file a formal bail application but, through his lawyer, decided to abandon the application.

The badly mutilated and burnt body of 21-year-old Naledi Lethoba was found on May 29 2019 on an open field in Welkom last month. The community has expressed its shock and outrage at her brutal murder.

His sudden change of heart came as a relief for Lethoba's family and scores of people that had gathered outside the court to call for Leshoro not to get bail.

At the family home in Bothaville, family portraits hang on the wall, including those of Lethoba as a child and adult.

Nyakane said Lethoba was the first born of three siblings, and a woman who sought to make her family proud at all times.

"She was a good child, very considerate. The only thing she liked was nice food and clothes. She would model around the house and [take] these things, selfies, and change the clothes again," he said.

Lethoba's mother, Mpho Nyakane, could barely utter a word, as she was crippled with pain prior to the interview with TimesLIVE.

"She was my best friend," she said, wiping tears from her face.

Mpho described Lethoba as her friend, adviser, pillar of strength - and not just a daughter.

"I remember when she completed her matric, I asked her to take a gap year and she said, 'No, I want to further my studies.' We would chat and WhatsApp each other daily.

"Even when I was not feeling well, I would call her and she would sympathise with me. She would urge me to go see a doctor or church… That's what I'll miss the most about her," she said.

A 19-year-old student accused of  brutally killing his girlfriend Naledi Lethoba changed his mind about applying for bail on Friday.
News
3 years ago

The second-year management student at Goldsfield TVET college aspired to better her family's circumstances and lead by example for her two younger siblings.

"She was determined to become something in life. She wanted to enrol for a teaching degree in university next year," said Mpho.

She said her last conversation with her daughter was on the same day she went missing.

"I asked her how her day had been, she responded that it was fine and said she loved me," she recalled.

While Lethoba's suspected killer was handed over to police by his parents, the Nyakanes said it was disappointed that the family had not made contact with them to apologise on behalf of their son.

"As parents we want our kids to do well, we don’t send them out there to do any wrongdoing. But when you know that your child has done others wrong, you accept responsibility and apologise," said the dad.

Leshoro remains in police custody and will head back to court on July 12.

Speaking about their coping mechanisms, Lethoba's father said he was taking it a day at a time, while her mother said she got her strength from prayer.

"I trust God, I trust that we will heal in time. I am also consoled by my two children. They always say, 'Mama mama be strong, she is with God'," Mpho added.

More than 100 people gathered in 5°C temperatures on Thursday to attend an all-night vigil to honour brutally murdered Naledi Lethoba.
News
3 years ago

Welkom police have expressed concern that a gruesome video circulating on social media is being linked to the murder of Naledi Lethoba.
News
3 years ago

#JusticeforNaledi: SA weighs in on gruesome murder of Welkom woman

Following the horrific death of Naledi Lethoba, South Africans have taken to social media to plead for justice for the 21-year-old.
News
3 years ago