IN QUOTES | Duduzane Zuma at state capture commission: 'Jonas knew where we were going and why'

The son of former president Jacob Zuma was in the hot seat at the state capture inquiry on Monday. 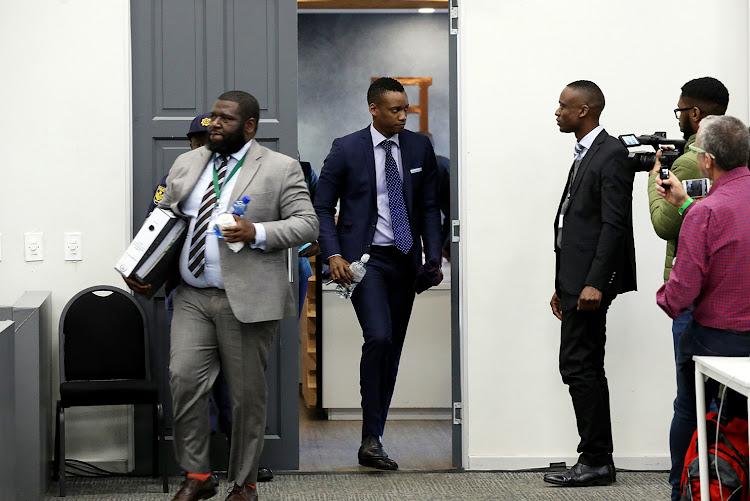 Monday marked the first day of Duduzane Zuma's testimony at the state capture commission of inquiry, during which he answered questions related to allegations levelled against him by former finance deputy minister Mcebisi Jonas.

Jonas claimed before the commission that he was offered a sum of R600m as well as a ministerial position during a meeting held between himself, Zuma and businessman Fana Hlongwane in October 2015.

Duduzane was also quizzed about the alleged R2m bribe that was offered to former Free State economic development MEC Mxolisi Dukwana to give a government contract to a company linked to his business associates, the Gupta family.

Duduzane Zuma took to the stand at the Zondo commission on Monday October 7 2019. Zuma testified to his version of numerous events, including the infamous Oakbay meeting and his part in television station ANN7.

Here are five telling quotes from his testimony:

“I have conducted many meetings from the Gupta residence - on a daily basis there was a preferred meeting place outside an office environment. My residence purely was a private residence for my stay. I've never conducted any meeting at my private place, so we did not go there.”

Jonas knew about the Guptas

“I don't see it strange that an unknown entity is trying to resolve an issue. I have been in meetings where people have put me together with other people in the room where I did not know the third party and similarly I have done this on numerous other occasions.”

“I think there is a lot of creative writing in this paragraph. The simple fact is government advertising for us should never be an issue. Myself being the son of the president at the time I think is an unfair point to make. The fact of the matter is it was a new station, it was a start-up and just like any other channel, I implored government to support.”

Duduzane Zuma said on Monday that he saw no conflict of interest in his company holding a stake in a Gupta-linked company that received substantial ...
Politics
2 years ago

Duduzane Zuma says he has “no idea” why former deputy finance minister Mcebisi Jonas would lie about the Gupta family allegedly trying to bribe and ...
Politics
2 years ago

Duduzane 'completely refutes' being at meeting where massive bribe was offered

Duduzane Zuma has denied allegations that he was present at a meeting when former Free State economic development MEC Mxolisi Dukwana was offered a ...
Politics
2 years ago

Duduzane Zuma, son of former president Jacob Zuma, is taking the stand at the commission of inquiry into state capture on Monday
Politics
2 years ago