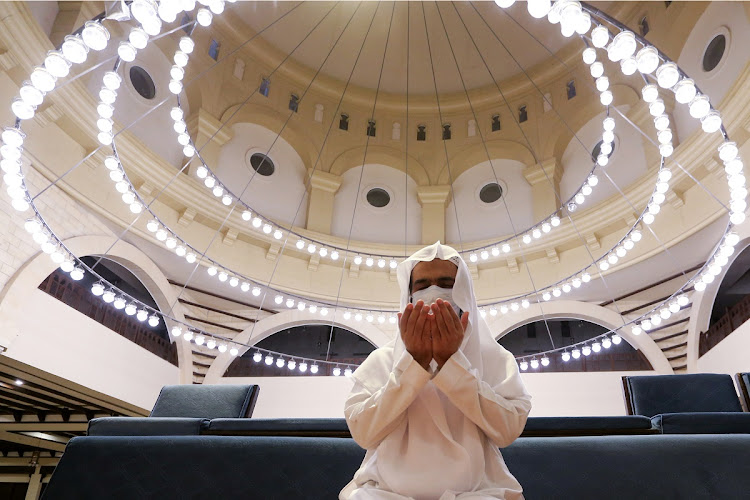 The new coronavirus is losing its potency and has become much less lethal, a senior Italian doctor said on Sunday.

"In reality, the virus clinically no longer exists in Italy," said Alberto Zangrillo, the head of the San Raffaele Hospital in Milan in the northern region of Lombardy, which has borne the brunt of Italy's coronavirus contagion.

"The swabs that were performed over the last 10 days showed a viral load in quantitative terms that was absolutely infinitesimal compared to the ones carried out a month or two months ago," he told RAI television.

The airport in the Namibian harbour town of Walvis Bay has closed after two residents tested positive for the coronavirus and the economic hub went into lockdown.

A third Walvis Bay resident, a colleague of one of the patients, has since tested positive, bringing the total infections nationwide to just 24 with no deaths.

There were also another 40 deaths recorded since Saturday. This brings the country's death toll to 683.

SANParks to open some parks on Monday

SANParks would like to announce that only its open-access national parks, namely Golden Gate Highlands, parts of Garden Route, and Table Mountain National Park, with the exception of Boulders Beach and Cape Point, will allow access to visitors from Monday, June 1 2020.

The minister of environment, forestry and fisheries will release a statement in due course regarding the opening of the other parks.

President Cyril Ramaphosa has conceded that the backtrack on cigarette sales in level 4 should have been communicated by himself and not by co-operative governance & traditional affairs minister Nkosazana Dlamini-Zuma.

“When I did announce that we were lifting the ban on the sale of cigarettes, and later changed it ... the change came about as a result of a flurry of concerns and objections raised by a number of South Africans, in their thousands, we then had to go back to the drawing back and finally announce a change,” said Ramaphosa on Sunday.

“Obviously people had taken issue with the way the announcement was made. It was made by Minister Dlamini-Zuma, and what we should have done is, the president having announced it, the president should have been the one to announce it again and give reasons why this was being changed. That was not done. We will concede that as well,” he said.

Ramaphosa said this should have been done to avoid “a very unpleasant type of situation” where people started saying the minister was undermining the president.

'The president should have announced the changes' - Ramaphosa on the...

President Cyril Ramaphosa has revealed that the government is building a platform that will be used to procure Covid-19 related supplies for the entire African continent.

The floundering SAA is set to benefit hugely from the process as it is one of three airlines that will be transporting the supplies from across the world.

The centralised procurement process will also see Johannesburg and Addis Ababa as transport hubs from which medical supplies from China, and elsewhere, would be flown to other countries on the continent.

Ramaphosa reveals plan to centralise Covid-19 procurement for the...

The reopening of schools for Grade 7s and matrics has been postponed by a week, the basic education department said in a statement Sunday evening.

“This whole coming week must be used for the proper orientation and training of teachers, the mopping and ramping of all supply chain matters, and final touches to the readiness of each facility for the arrival of learners."

France's coronavirus cases are continuing to decline, health officials said on Sunday, with 14,322 patients currently in hospital, down from 14,380 a day earlier.

Western Cape schools will be open tomorrow as per the Minister's Gazette. Statement will be released shortly.@alanwinde @WCED_HOD

Spanish PM to extend lockdown a final time to June 21

Spain's prime minister said on Sunday the country needed 15 more days of lockdown until June 21 "to finish with the pandemic once and for all", and he would ask parliament to approve a final two-week extension to the stay home rule.

"We have almost set out what we set out to do," Pedro Sanchez told a press conference, as he expressed his intense relief that the number of new cases of Covid-19 in Spain, one of the nations hardest-hit by the virus, had fallen dramatically.

From June 21 a national state of emergency will end and with it the lockdown, allowing citizens to move freely in their regions. From July 1, citizens will be able to move throughout the country.

Tens of thousands of tea plantation workers defied Sri Lanka's coronavirus lockdown and threats from authorities on Sunday to attend the cremation of a popular trade union leader.

Television footage showed mourners weeping and jostling as they bid goodbye to Arumugam Thondaman, head of the Ceylon Workers' Congress who died of a heart attack Tuesday aged 55, with few wearing masks or observing social distancing.

Authorities had reimposed a lockdown on the island to forestall a large gathering for the cremation of Thondaman - who was also a government minister - in Norwood, a tea-growing area in central Sri Lanka.

Officials also threatened to prosecute the organisers of the funeral, days after the country recorded its biggest daily surge in coronavirus infections - most found in citizens repatriated last week from Kuwait.

China continues to play a pivotal role in SA’s fight against the coronavirus.

In a virtual meeting held with SA editors on Sunday, President Cyril Ramaphosa highlighted how the bulk of the masks, ventilators and testing kits were still being procured from China and distributed across the continent.

Ramaphosa reveals China’s integral role in SA’s fight against the...

UPDATE: The media briefing by the Minister of Basic Education,Angie Motshekga scheduled for today,31 May at 18h00 has been rescheduled to tomorrow due to the Minister being engaged in further consultations onthe readiness for the reopening of schools #schoolreopening #COVID19inSA

In a virtual discussion held with Ramaphosa, Sanef chairperson Mahlatse Mahlase listed retrenchments, salary cuts, Covid-19 infections and deaths, intimidation from police and a lack of information from government offices as the media's daily challenges.

Mahlase said publications were among those hardest hit by the pandemic with some organisations having to retrench workers or impose salary cuts, at times up to 40%.

Sanef lays bare to Ramaphosa the struggles of journalists working...

Pope Francis said on Sunday that people are more important than the economy, as countries decide how quickly to reopen their countries from coronavirus lockdowns.

Francis made his comments, departing from a prepared script, at the first noon address from his window overlooking St. Peter's Square in three months as Italy's lockdown drew to an end.

"We people are temples of the Holy Spirit, the economy is not," he said.Francis did not mention any countries.

Traditional healers have bemoaned their exclusion from helping the government deal with the Covid-19 pandemic, saying they have a lot to offer.

Gog'Phephisile Maseko, a traditional healer and national co-ordinator of the Traditional Healers Organisation, said many healers had given up practising under lockdown because “they are not happy with the government, they are confused and patients that come from different provinces are not allowed to see their healers”.

Maseko was recently part of a webinar hosted by the University of KwaZulu-Natal which looked at the role of indigenous healers during Covid-19.

Did you think your insurance policies would cover Covid-19 income losses? Think again!

Insurance is mostly regarded as a grudge purchase; that is until we experience a disaster of some kind, when we’re suddenly very grateful for the safety net.

The Covid-19 pandemic has proved to be particularly financially disastrous for millions of South Africans in many ways. If ever there was an hour of need, a time for years of investment in an insurance policy to pay off, this is it.

But while many have been saved, to some extent, by those insurance nets — credit life, travel insurance, business interruption — others have discovered the protection was phantom.

INVESTIGATION | Did you think your insurance policies would cover...

Thousands of teachers suffering from underlying diseases are expected to apply for permission to teach from home.

Paul Colditz, CEO of the Federation of Governing Bodies of SA Schools, said a survey in which 514 schools participated indicated that 10% of teachers had comorbidities.

“There is a lot of uncertainty around how to handle the issue of teachers with comorbidities,” he said.

Thousands of teachers expected to ask for permission to teach from...

Gauteng has 3,773 cases of Covid-19 and 31 people have died from the virus in the province.

This was revealed by the provincial department of health on Sunday.

It said of all the confirmed cases, 2,060 patients have recovered from the deadly virus.

Russia on Sunday reported 9,268 new cases of the novel coronavirus, raising the national tally to 405,843.Officials said 138 people had died of COVID-19, the respiratory disease caused by the coronavirus, in the last 24 hours, pushing to nationwide toll up to 4,693.

ANC leaders who have been pushing for the state to have greater control over the economy have been emboldened by the disruption caused by the two-month lockdown and are using Covid-19 to push for radical policy implementation.

Their radical ideas have found their way into an ANC recovery plan document that was sanctioned by the last meeting of the party's national executive committee (NEC).

The document is the product of engagements with the tripartite alliance leaders.

SACP leader Solly Mapaila, who has sat in these meetings, said the Covid-19 crisis provided an opportunity for the state to be "empowered" to "discipline capital and the private sector", which was at its "weakest."

Eight-million people return to work tomorrow as SA attempts to salvage a battered economy, but it will be against a massive surge in Covid-19 infections.

Others have no jobs to return to. The restrictions have dealt a blow to many, with economists predicting that about 100,000 companies may not survive.

Business rescue practitioners and liquidation lawyers told the Sunday Times they had been inundated with inquiries since the lockdown began in March and warned of closures and liquidations that could cost as many as 7-million people their jobs.

Also top of mind this week was how the millions of workers who rely on public transport will get to work safely.

Zweli Mkhize to chair meeting on tobacco control in SA

Health minister Dr Zweli Mkhize is expected to host a virtual meeting on tobacco control in South Africa as the world marks world no tobacco day on Sunday.

The meeting comes as pressure mounts for government to lift the ban on cigarettes sales during the Covid-19 lockdown.

Global coronavirus cases surpassed 6-million on Saturday, according to a Reuters tally, as Latin America reported a grim milestone of 50,000 deaths from the disease.

Countries such as Brazil, Chile and Mexico are struggling to stem the spread of the virus, which initially peaked in China in February before large-scale outbreaks followed in Europe and the United States.

Admired by some but berated by others for imposing a tight lockdown, South African President Cyril Ramaphosa faces a fresh leadership test over his handling of the coronavirus outbreak.

Africa's most industrialised nation is preparing to reopen its economy on Monday as it moves into level three of a five-tier lockdown, in force since March 27, sowing bitter divisions.

South Africa had already slipped into recession in the final quarter of 2019 before the virus arrived in March.

Motshekga’s plan for partial reopening of schools on hold

Basic education minister Angie Motshekga's plan for grades 7 and 12 to return to school tomorrow was stopped in its tracks yesterday, and a return to class is unlikely.

The minister's apparent climbdown came after a week in which she faced opposition from teacher unions and school governing bodies, insisting the schools were not yet ready for a partial opening as SA moves to level 3 of the Covid-19 national lockdown.

Motshekga’s plan for partial reopening of schools on hold after talks...