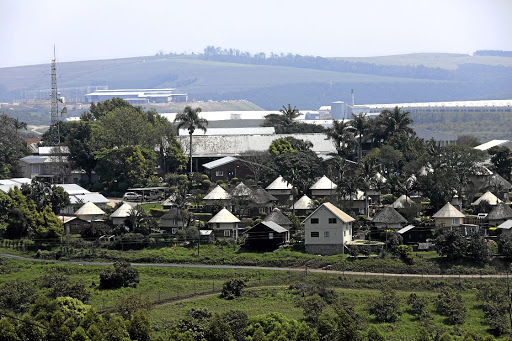 A former KwaSizabantu mission resident who joined the church in KwaZulu-Natal while in prison for arson has offered chilling insight into alleged abuse, assaults, rape and other acts of criminality.

Simphiwe Nhlebela, who took the stand on the first day of public hearings held by the Commission for the Promotion and Protection of the Rights of Cultural, Religious and Linguistic Communities (CRL) in Gauteng on Wednesday, said he escaped the church after witnessing excessive controlling rules, assault in what was called  “the slaughter room”, rape and fraud.

“I finally escaped the day the Springboks won the world cup ... I wanted to celebrate that I escaped the mission,” he said in his opening statement.

The CRL is probing alleged abuse at the controversial mission headquartered in KwaZulu-Natal but attracted people from across the country and around the world.

The commission is holding hearings closer to victims of alleged abuse who are spread across the country. CRL spokesperson Mpiyakhe Mkholo said the commission would also be travelling to other provinces and they were also planning on having a virtual probe for victims who reside overseas.

The inquiry was launched after an explosive report by News24 which detailed victims' stories of abuse as well as allegations of money laundering by the mission, which owns aQuelle.

The mission has vehemently denied accusations that it operated as a cult, was guilty of covering up sex crimes and murder, or that it was a conduit for money laundering. It claimed the allegations were part of a malicious plot.

Nhlebela, who lived at the church in 2017 after he was released from prison, said he was immediately put in the church rehab even though he doesn't drink, smoke or take drugs.

He said the feeling of being in a prison doubled when he was in the church. Nhlebela and other members were not allowed a phone, to talk to women or to dance, among other rules. He said he witnessed a number of youth leaders being fired after allegedly raping girls as young as 10 years old.

“In the rehab they hire 'tough guys' to watch us and I saw them beat drug addicts until they peed their pants,” he said. He said when he complained about the assaults he witnessed, he was asked by leadership what was wrong with it.

The commission also heard testimony from Martin Frische, a pastor who came to SA in the 1970s to probe Kwasizabantu. He said he had been playing cat and mouse with leader Erlo Stegen for 40 years.

Frische said the church has declined to be open with other Christian organisations, willing to change or show accountability for its alleged abuses.

He said during his observations in 1977 the church agreed to his suggestions that the use of trances as a message from God and depending on visions as truth needed to be abolished. He also asked for finances to be made public. This was also written into a report that was later rejected.

“The second time I went to the church in 1978, he [Stegen] was no longer kind. He was shouting and threatening me. He said he would dig up dirt,” he said.

The second day of the Gauteng hearings will continue today with five witnesses expected to share their accounts.

Fortified by the scripture that the truth shall set you free, missionary Peet Botha blew the whistle on alleged financial mismanagement, rape, ...
News
7 months ago

A former pastor at the KwaSizabantu mission broke down on Tuesday as he told the CRL Rights Commission about the way the mission treated children.
News
7 months ago
Next Article